Apple upset thousands of users last month when it introduced a new charging port for its mobile devices. It replaced the decade-old 30-pin dock connector with a new Lightning plug, rendering millions of cables and old accessories virtually useless.

Of course, Apple offers adapters that will allow users to connect their new iPhones and iPod touches to older accessories. But, at a minimum of $30 bucks a pop, this hasn’t exactly won over the angry. In fact, for some this may have been the last straw…

Joy of Tech, who are known for their hilarious takes on current events in the tech world, have created a comic on the Lightning-to-30-pin adapter topic. It highlights the power of Apple’s ecosystem while poking fun at the fanboys (via AllThingsD): 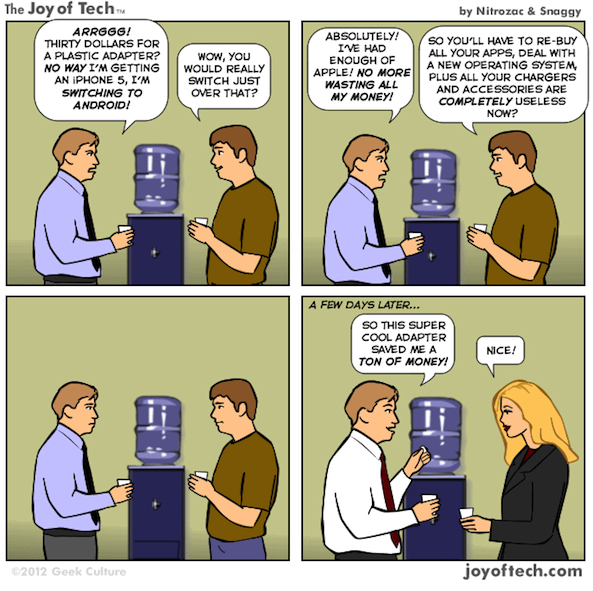 Joking aside, a lot of folks were outraged when they found out that Apple wouldn’t be providing iPhone 5 buyers with a free 30-pin adapter. They figured that since it made all of their previous accessories obsolete, it was the least they could do.

Anyway, what did you think of the comic? Pretty accurate, or no?