A better headline for this story would be “Apple’s iPad puts the cash register to shame” or something along those lines. Groupon, a popular deals web site, today announced an interesting initiative to put iPad-based point-of-sale (POS) terminal system called Breadcrumb in restaurants across the United States.

Basically a sales, order management and reporting system for restaurants, bars and cafes, Breadcrumb is based entirely around the iPad and it puts last-century cash register to shame. The system was designed by a start-up founded by Seth Harris, which Groupon acquired back in May…

Breadcrumb has been initially available as a test program in about hundred restaurants, bars and cafes in New York. The Breadcrumb system, according to Groupon:

…has the power and sophistication of traditional POS — but without the complexity. There’s no server to install, no PCI audit to worry about, no complicated user interface. Edit menus, rearrange your tables, and get reports — without reading a manual or restarting.

Reuters has the full story:

Breadcrumb charges $99 a month for restaurants to run its service on one iPad. That increases to $199 for two iPad terminals, $299 for five and $399 per month for up to 10 terminals. Breadcrumb sells iPads at cost to ease set up, but restaurants can buy or use their own iPads too.

Sounds almost too good to be true. 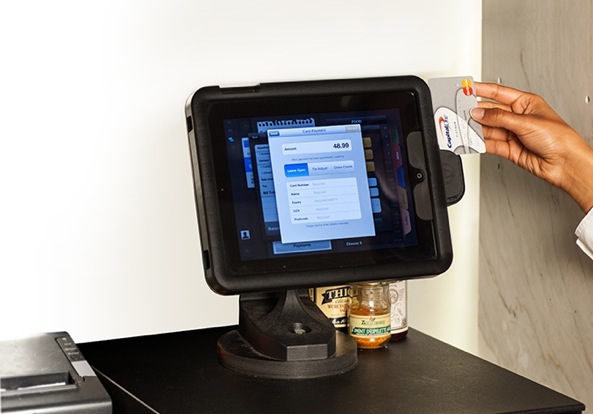 Apple’s iPad has been used in a variety of places for a bunch of different things and its use in medicine, military, airline, education and other industry verticals has been well documented.

But to think that iPads would crop up in everyday places like bars and fast food restaurants is just mind-boggling to me.

Some McDonald’s restaurants in both Europe and the United States have improved dinning experience by installing mounted iPads (see below) that people can use while eating, free of charge. 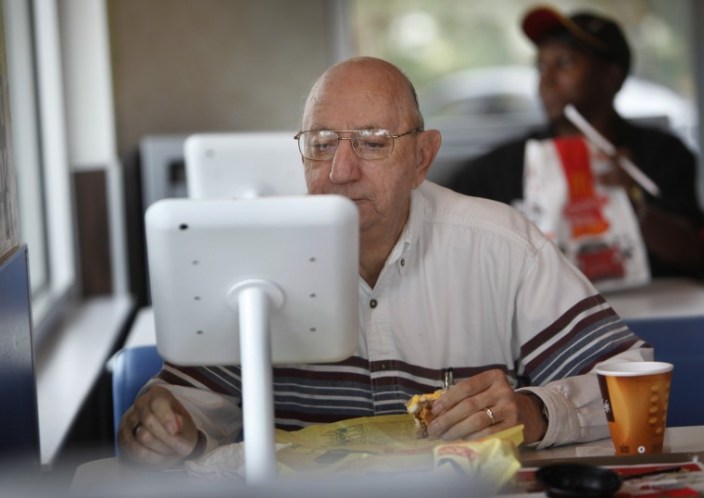 And Passbook, a new iOS 6 app by Apple which stores your digital coupons, tickets and loyalty cards, ties nicely with Apple’s strategy of rolling out the iPad to as many everyday places as possible.

For example, Major League Baseball CEO Bob Bowman was stunned by a rapid adoption rate of a Passbook test run during the final two weeks of the regular season, when 1,500 e-ticket buyers utilized the app.

Starbucks also updated its free app with Passbook support, letting you create a pass to store in Passbook and pay for your lattes directly with it.

American Express, Target and a bunch of other big names are either or already have introduced Passbook integration. There is also an Android app to handle Passbook tickets.

With such a quick Passbook adoption, continuing iPad deployment and the looming iPad mini thought to be less expensive and more portable than current iPads, Apple is certainly well poised to help advance services provided by retail and direct sales industries,  including fast food restaurants, bars and what not.

What exciting times we live in, no?