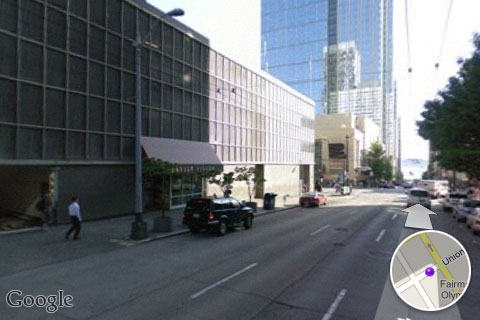 iDB discovered a week ago that Google is set to introduce street-level photography on the iOS platform in form of a web app in about two weeks. Today, The Wall Street Journal columnist Walt Mossberg made it a fact, claiming that the software is coming as early as Thursday, possibly tomorrow. The journalist had some hands-on time with the web app which includes both360-degree photographic street views and  interior photographic views of certain businesses…

This is based on Mossberg’s Android Maps vs. iOS Maps video review (via 9to5Mac):

In fact, Google plans to announce on Thursday that it is adding its popular Street View feature, missing from Apple’s maps, to the Web version of Google Maps accessed from the iPhone and iPad.

Mossberg had a chance to play with the web app and walked away impressed.

I tested this addition, which displays 360-degree photographic street views of selected locations, and interior photographic views of certain businesses, using sample links Google sent me. These links worked well, allowing me to see the locations and pan around with a finger.

In general, Google Maps on Android offers richer maps, with more streets and points of interest noted, than Apple’s. Though I found Apple’s navigation screens more striking and easier to read at a glance, the Android navigation screens showed more surrounding streets and thus more context, which was very useful, especially on my less familiar trip to Gettysburg.

If mapping is very important to you, Android is the way to go.

Surprisingly, Consumer Reports has nice words for Apple Maps in terms of navigation.