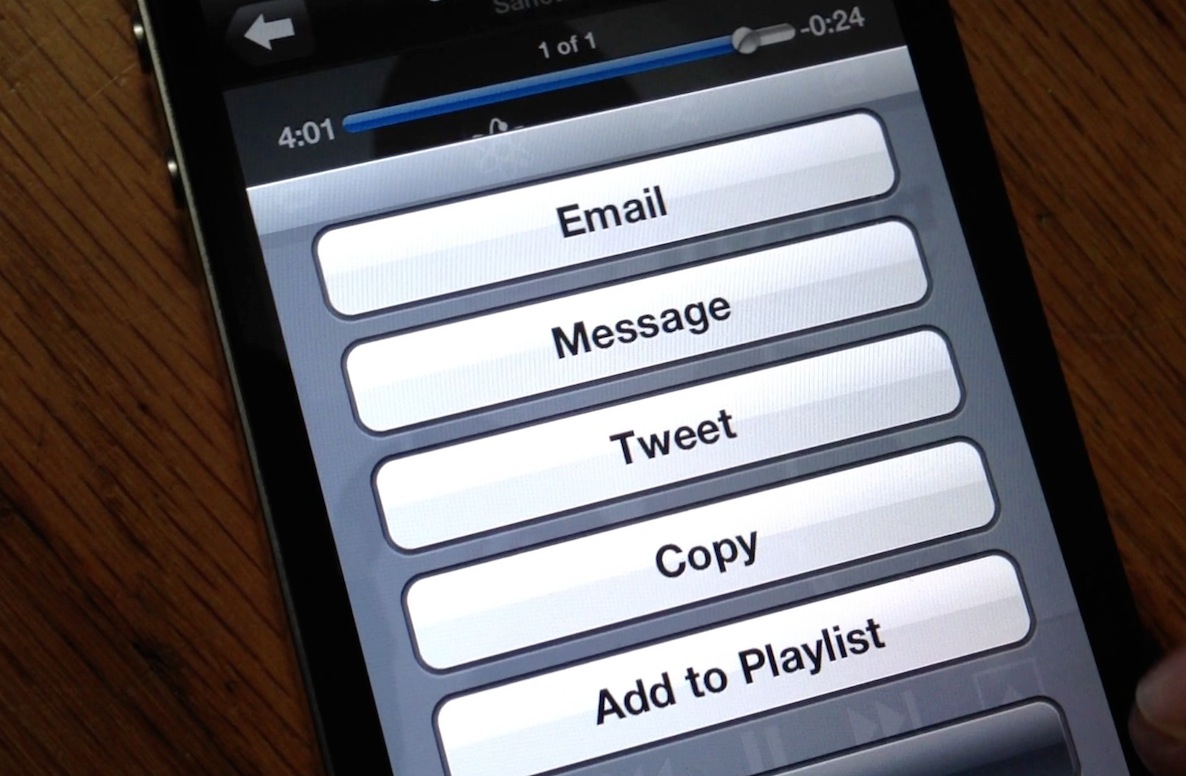 Scale is a new jailbreak tweak — one of three shown off today at JailbreakCon by Joshua Tucker — which allows you to easily share what you’re listening to via the stock Music app.

Scale allows you to easily share your now playing track via Twitter, Mail, Messages, and more. Take a look inside for a video walkthrough showcasing Scale in action…

Along with the sharing functionality, Scale also lets you add now playing tracks to a playlist, or copy the track’s details to the pasteboard.

If you want to give Scale a go, you’ll need a jailbroken iPhone running iOS 5.0 or higher. If you happen to have a jailbroken instance of iOS 6, then you’ll get Facebook sharing as well, since the tweak uses iOS 6’s new sharing pane.

Although Scale isn’t currently available for the iPad, an iPad version is reportedly in the works. Scale, a free download, isn’t yet available on Cydia, but it should be hitting the wire any time now. Once it does, and you get a little hands-on time with the tweak, be sure to let us know what you think about it in the comments below.