Facebook’s standalone chat client called Messenger has been updated yesterday to version 2.0. In addition to bug fixes and support for iOS 6 and the iPhone 5‘s taller four-inch display (so you can see more messages with less scrolling), the app comes with the handy new Favorites feature and the interface has been tweaked around chat bubbles. I also weigh in on why you’ll want to keep the chat app and the full-blown Facebook client both running on your device…

Facebook Messenger for iOS version 2.0 now lets you pin people you message most to a Favorites section. You can also swipe left to reveal a pane with friends available for chat, another way overdue feature.

Unlike its Android counterpart, Facebook Messenger on iPhone doesn’t integrate with SMS messages, which is a shame but it’s not Facebook’s fault due to restrictions on the iOS platform imposed by Apple.

This is the new chat interface. 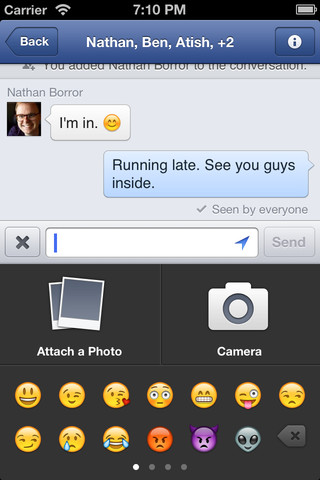 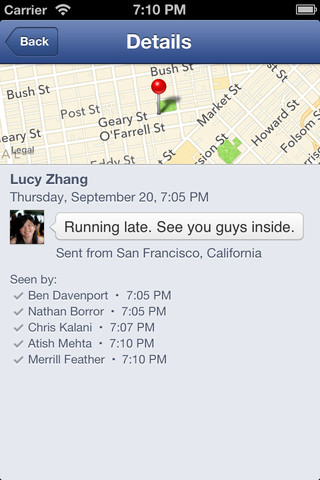 And this is the availability pane revealed by swiping to the left. 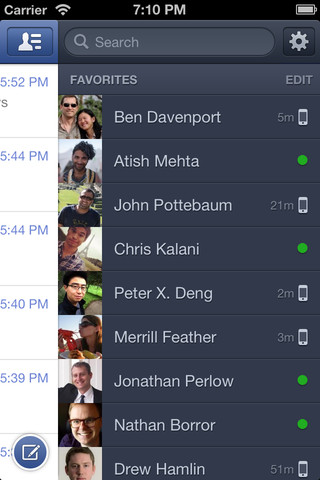 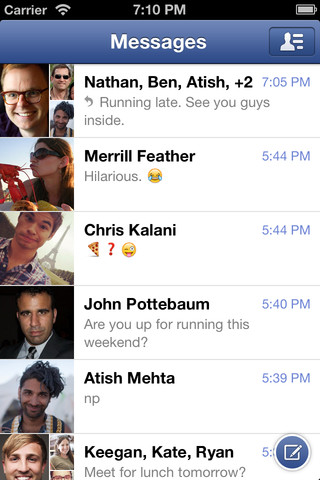 Facebook Messenger is a free download for your iPhone and iPod touch. Sadly, the iPad isn’t supported natively at this moment. Give it some time as Facebook is thought to be working on Messenger for iPad with Skype video calling.

You’d be forgiven for thinking there’s no point in having the Messenger app on your iPhone when the Facebook iOS app already has chat functionality built-in.

But if you have more than one Facebook account (for business and pleasure, for example), juggling between the two in the Facebook iOS client just to check for new messages quickly becomes tedious.

This way, I am able to receive push notifications for new messages on both accounts and respond to them via the Facebook app or Messenger app, depending on where they’ve arrived.

Is there anyone out there doing the same thing?

Oh, an fan iDB on Facebook if you haven’t already.