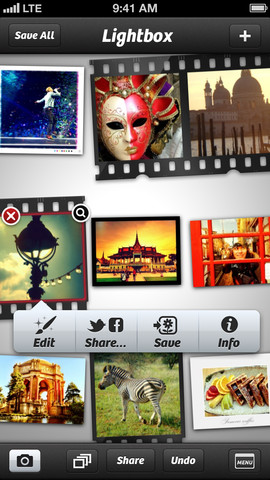 Taptaptap’s Camera+ sold over nine million copies since its inception in June of 2010 and it’s remained my favorite go-to photography app ever since. A major new version just hit the App Store this morning, bringing several new features.

Most notably, version 3.5 enables iCloud sync and Facebook sharing with single sign-on. The former lets you automatically sync your Lightbox between devices and the latter simplifies Facebook authorization.

And best of all, the team confirms that Camera+ for iPad is around the corner. Count us excited!

Of course, Camera+ is also updated for the bigger iPhone 5 display and speedier CPU (unlike Apple’s own shopping app). Camera+ on the four-inch iPhone 5 screen lets you see more photos in Lightbox. You’ll also no doubt appreciate a bigger canvas when doing quick touch ups. 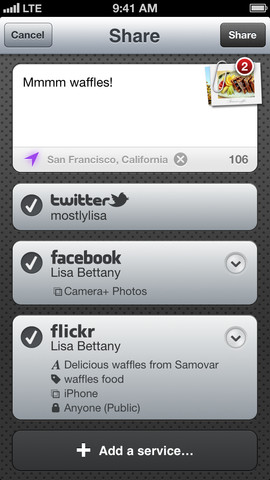 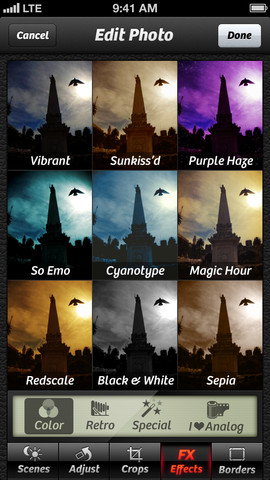 Worth noting, I spotted several mentions of the Camera+ for iPad in iTunes release notes.

• iPhone 5 & iOS 6 support
We’re calling this the biggest, fastest Camera+ ever. Take advantage of the taller screen of the iPhone 5 to see more photos in your lightbox and enjoy a larger editing preview area when you’re working with your photos. And with the speedy new processor in the iPhone 5 your photos will be edited and shared before you’ve had a chance to shoot them.

• NEW iCloud sync…
We’ve been beavering away on Camera+ for iPad, that’s right iPad, for the better part of two years. The last year of which was adding iCloud sync. Now you can automatically sync your Lightbox photos between all of your devices!

As you take photos on your iPhone, they will automatically pop-up on your iPad, so you can take advantage of the larger screen and advanced editing features of Camera+ for iPad.

• Facebook sharing with single sign-on
We’re rolling out Facebook single sign-on support for new users. So if you’ve got the Facebook app installed, you won’t need to enter your Facebook username and password in Camera+. If you’re an existing Camera+ user with a Facebook account setup, you can’t use single sign-on just yet because of a little something that Facebook need to fix (we’re sure they’re on it).

If you enable this feature, you should remove Camera+ from the list of apps whose data gets automatically backed up to iCloud, provided you are using iCloud backup in place of iTunes one.

Camera+ is a $99-cent download for a limited time only, “to celebrate the release of Camera+ for iPad”.

I couldn’t find the iPad version on the App Store at press time.

Alert us in comments when it goes live and I’ll update the article.

If you’re into iPhone photography, iDB’s iPhoneography series is a highly recommended read.

You can also tag your Apple-related photos with the #iDownloadBlog hashtag and follow me @dujkan on Instagram.