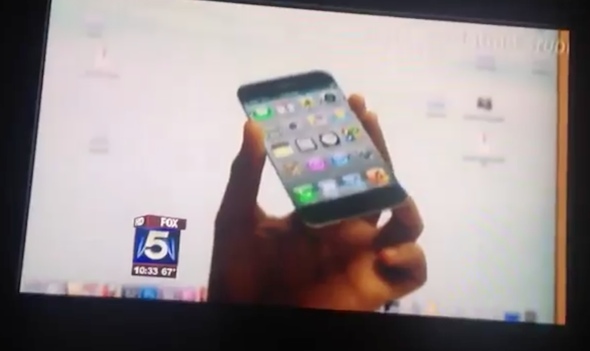 If you’ve ever seen your local news station report about Apple products, or other tech-related topics, you know it isn’t always the best coverage. Let’s just say, technology isn’t really their strength.

That was once again confirmed last night, as Fox 5 News in New York inaccurately reported on the iPhone 5 and its features, claiming Apple’s new handset has a “laser keyboard and holographic images…”

The mishap came while Fox 5 News was reporting on the line forming outside of Apple’s Fifth Avenue store in New York City. It happens right around the 42 second mark, where they show the iPhone 5.

Except, it’s not the same handset we saw unveiled last week at Apple’s media event. It’s actually a concept from this video, created by Aatma Studio, which became popular before last year’s 4S event.

How embarrassing. You’d think that the news team would have done some research before going on the air with this. I mean come on, Aatma’s logo is in the top right corner of the video for pete’s sake.

There’s not much else we can say about this, other than we hope no one turns up in line for the iPhone 5 hoping for a handset that projects holograms and lasers. They will obviously be disappointed.