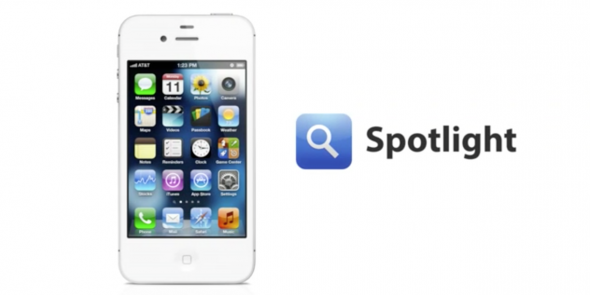 Apple added the Spotlight search tool to iOS back in 2009, with version 3.0. The page, which can be accessed by swiping to the left of the Home screen, allows you to search through the content on your device.

While it’s a nice idea, the feature itself has long been criticized for its limited functionality. Compared to its counterpart in Mac OS X, Spotlight for iOS is pretty hindered. Perhaps this is how it should work…

The above concept video was put together by designer Cody Sanfilippo, and it demonstrates his vision for how Spotlight should work. He believes that by including things like categorized search results and in-window action buttons, Spotlight would become more useful than it currently is.

But as cool is this may be, it’s more than likely going to fall on deaf ears with Apple. There haven’t been any recent updates to the feature, outside of iOS 6 adding folder labels, and Siri can already perform most of its tasks.

At any rate, we like the thinking here. Maybe the idea will make its way into a future jailbreak tweak. Or maybe one already exists.

What do you think of the Spotlight concept?