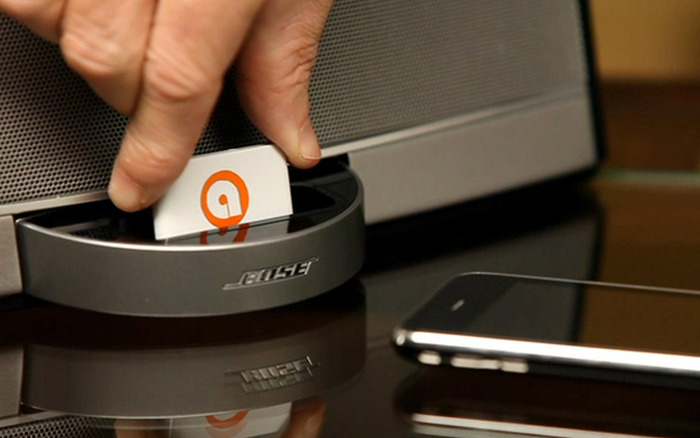 Starting with the iPhone 5, Apple is going to be changing the dock connectors in all of its future iOS products. The new Lightning plug will be replacing the decade-old 30-pin connector.

Worried that all of your old speaker docks will become obsolete? Don’t be. You can either purchase a 30-pin to Lightning adapter, which Apple sells for $29, or you can grab the auris…

The auris is a new Bluetooth music receiver that plugs directly into any 30-pin speaker dock, allowing you to continue to use it to play music from your iPhone, iPad or Android device.

It’s small, about the size of an iPod shuffle, and doesn’t require any batteries. It also takes advantage of the new low-power Bluetooth 4.0 standard, and can store up to 8 paired gadgets.

Tochkraft, the developers behind the auris, says that they already have a fully functioning prototype. And they have taken to Kickstarter to try and raise $40,000 to start mass production. If you’re interested in helping fund the project, $27 puts you on the pre-order list.

As I was writing about the auris, I discovered that there were already similar products on the market. Well then what I’m about to say applies to them as well, what an utterly fantastic idea.

What do you think of the auris?