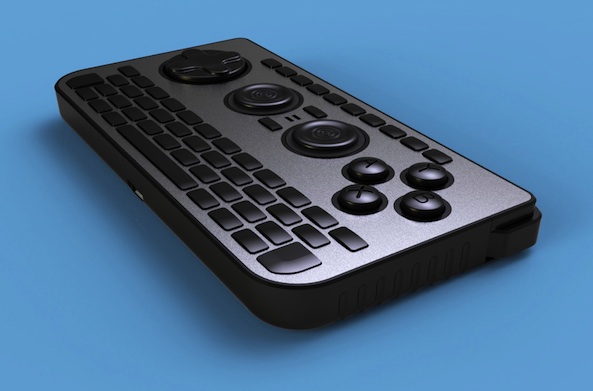 The iControlPad was one of the first iPhone-compatible game controllers to hit the market. It was a bit bulky, and didn’t garner much developer support. But nevertheless, it was a pioneer.

Well it looks like the folks behind the accessory, Product 3 LLC, haven’t been resting on their laurels. They just announced the new iControlPad 2, and it comes with a host of new features…

The group says that the inspiration for iControlPad 2 mostly came from user feedback. They’ve made several adjustments, including adding a 55-key keyboard and additional rapid fire keys.

Also, the controller’s housing is now made of  both metal and plastic, for more durability, and the phone cradle has also been upgraded. And, it can game for 12-14 hours straight on a single charge.

But perhaps the most interesting thing about the gamepad is that it’s completely open source. It will connect to almost anything — iOS and Android devices, Macs, PCs, Linux systems. If you’re building a mechanical robot and need a controller, this will work. It’s completely hackable.

Product 3 says that it has working prototypes, and it’s enlisted the help of Kickstarter to raise $150,000 to start production. If you want one, a pledge of $69 gets you on the pre-order list.

The iControlPad2 may not look as refined or polished as some of the other iPhone-friendly gamepads out there. But if it’s aimed at hackers and hardware-modders, it doesn’t have to.