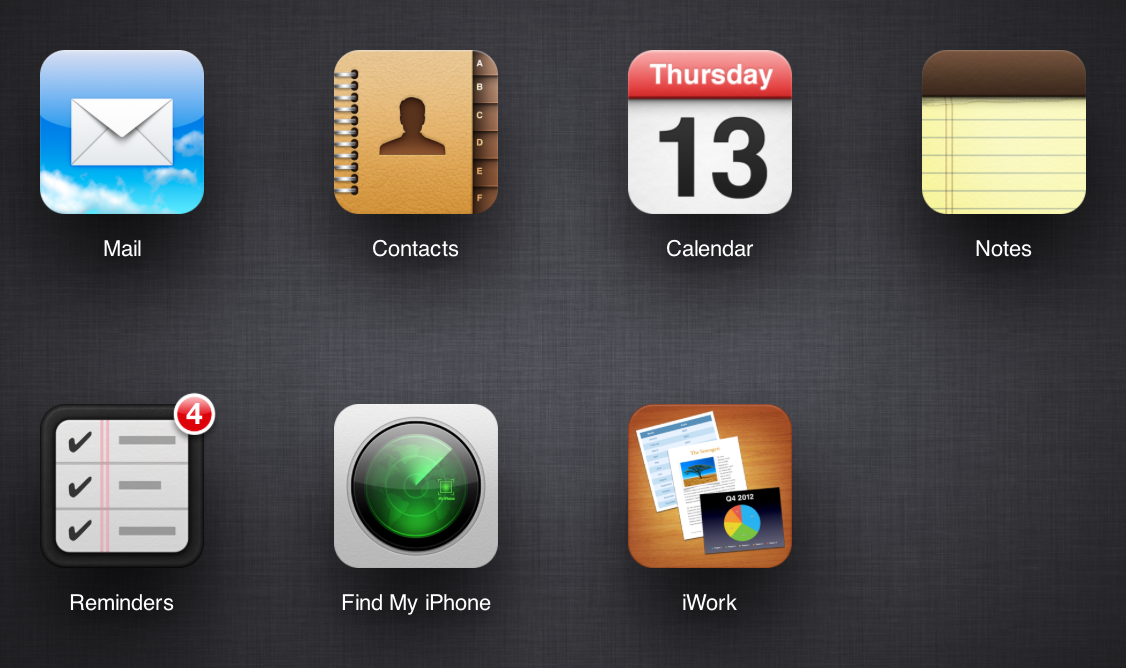 Remember back in July when we told you about the new updates coming to iCloud? We went hands-on with the beta, which included new apps and other improvements.

Well this afternoon, Apple pushed the update to the public version of the iCloud web portal. So if you go to iCloud.com and login, you should see the new additions…

First off you’ll notice two new app icons, which are for Notes and Reminders. Now, everything you do in either of these apps will show up in their web counterparts.

You might also notice that the Find My iPhone app looks a little different. It’s been updated here as well, and will work with the new “Lost” mode coming in iOS 6.

I don’t use the iCloud website much because I have a Mac that already has these apps built-in. But for folks on Windows computers, this update may prove fairly handy.

What do you think of the iCloud update? Useful?