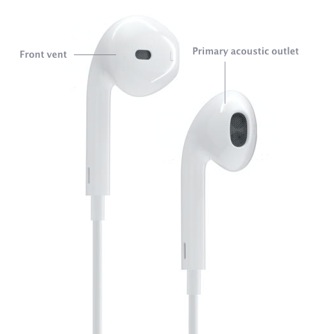 Apple yesterday alongside the iPhone 5, new iPods and several other announcements also took the wraps off the EarPods, a new headset. Cupertino has finally refreshed its crappy in-ear headset with higher sound quality. Hopefully, the headphone is now shaped to prevent it from falling out of your ear.

The company spent three years designing the new headset and tested a total of 124 different prototypes of the EarPods on over six hundred people. You may have noticed three little holes poked in the EarPods, here’s what these do to improve sound quality…

Apple says the design of the EarPods is defined by the geometry of the ear. UK-born design head Jony Ive says in the EarPods promo clip that the new headset doesn’t create a seal the way in-ear headphones do.

“It’s part of a design to intentionally direct sound right into the ear canal”, Ive explains.

Evolver.fm writes that “the holes should obviate the need for the wraparound-the-outer-ear technique” due to ugly issues with “a thumping sound to your music every time the headphone cord slaps against your chest as you walk”.

Cult of Mac sheds even more light on the matter:

For most earphones, that seal creates a vacuum that impends the speaker diaphragms from making outward progress when they move back and forth.

Apple poked holes in the EarPods so that the vacuum is no longer there, giving the speaker diaphragms more mobility and better acoustic performance.

To optimize the acoustics, Apple has built in a series of ports on the EarPods, each with its own purpose, Ive explains.

“A port in the back tunes mid-range frequencies and provides a consistent listening experience from one person to the next.” 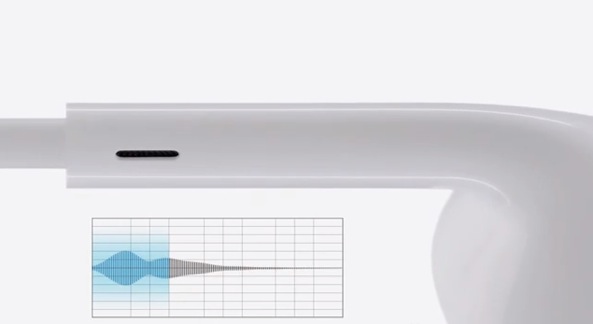 “To provide rich, powerful bass we’ve built ports into the stand that actually work in sympathy with the speaker”. 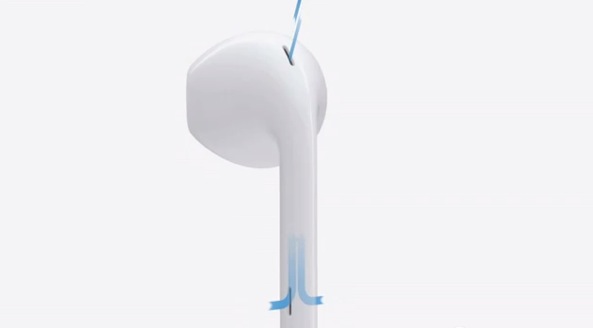 Summing up, the acoustic vents enable richer bass sound by getting rid of the vacuum which impends the tiny speaker diaphragms’ outward progress, they solve the thumping sound problem every time the headphone cord slaps against your chest and enable better Siri experience. 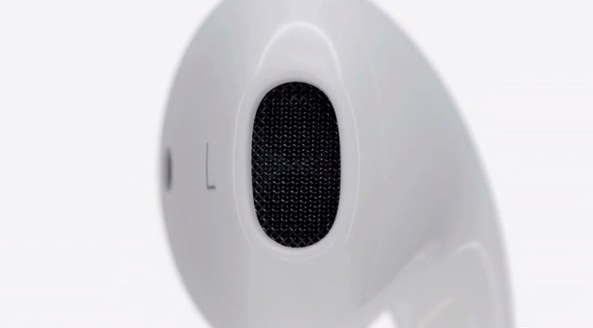 Finally, because the EarPods don’t form an airtight seal (thereby preventing you to hear your own voice), making phone calls is more natural compared to most other in-ear buds that suffer from the vacuum problem.

As a side-note, Apple writes on the iPhone 5 page that 600 testers were asked to “run on treadmills in extreme heat and extreme cold”. They also “performed various cardio workouts” and were even “asked to shake their heads side to side, up and down”.

Summing up, here’s to hoping that the new headset finally – and once for all – solves concerns people have with Apple’s standard in-ear headphones.

Do you think the EarPods headphone is the right answer?