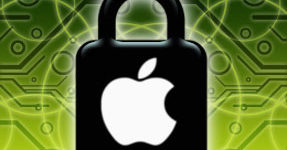 All smartphones are not created equal — at least in the eyes of malware authors. A smartphone in Russia is 40 times as likely to be infected by malware than the same iPhone or Android handset in the U.S., according to security researchers.

The leading example of malware hitting smartphones is something called “toll fraud,” which charges expensive services to unsuspecting mobile phone subscribers. The chief perpetrator of such fraud is FakeInst, an Android app that signs up victims to high-priced texting services.

“FakeInst is responsible for the huge surge in unique malware packages and a significant financial return,” according to Lookout’s annual State of Mobile Security report. “We estimate that FakeInst may have stolen millions of dollars from people in Eastern Europe and Russia.”

Malware for Android-based phones has been common in the past. In 2011, security research firm McAfee found malware for Android devices grew by 76 percent in just a few month. Although Apple’s so-called “Walled Garden” approach to apps may have saved it initial grief from malware authors, iOS has lately had its own security headaches.

In July, an app in Apple’s App Store was found to contain Windows malware. The third-party app which culled the Internet for quotes, contained an old 2009 Windows-based worm. Earlier the same month, another iOS app was quickly pulled from the App Store for using your address book application to send spam.

As the growth of mobile devices continues and Apple leads its expansion, it should be expected that malware authors turn their attention from the desktop computer to the smartphone. The takeaway from today’s report is that to maintain your mobile security, it may be wise to keep your apps U.S. made.