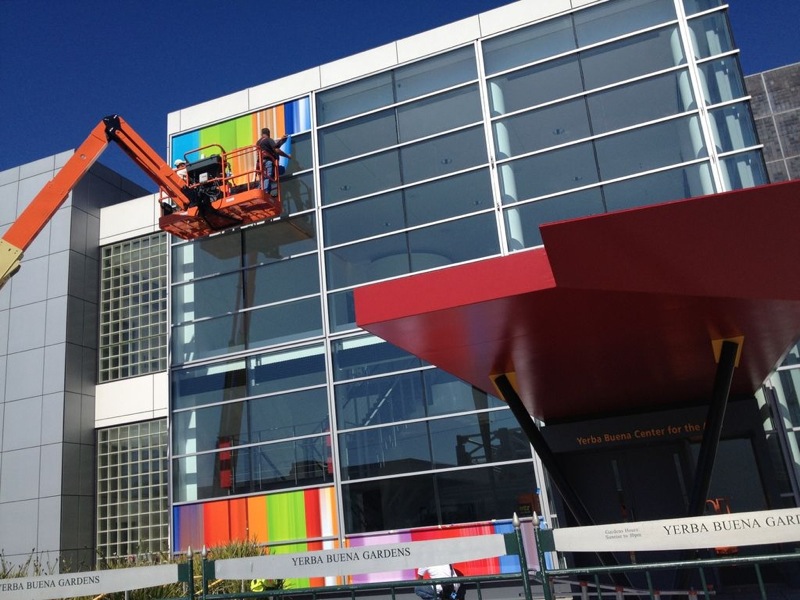 First set of blurry snaps depicting preparations over at the San Francisco’s Yerba Buena Center for the Arts building in San Francisco hit the web last evening. Just this moment, another batch of images arrived, showing workers dressing up the building in colorful banners.

The design of these banners could mean nothing, but then again – this is Apple and the colors are surely meant to convey a certain message.

Colors for the next iPhone? Hardly, if you ask me. Instead, the nicely done banner graphics could be a subtle hint at the lively colors the refreshed iPods are thought to be provided in, thus indicating that next Wednesday’s media event may not necessarily be iPhone-exclusive as previously thought…

Our friend Federico Viticci who runs MacStories has published photos taken by Steve Streza, showing the cosmetic work being underway.

Here is a cherrypicker machine out the front and staff prepping the Yerba Buena Center for the Arts building’s main entrance for the big event. 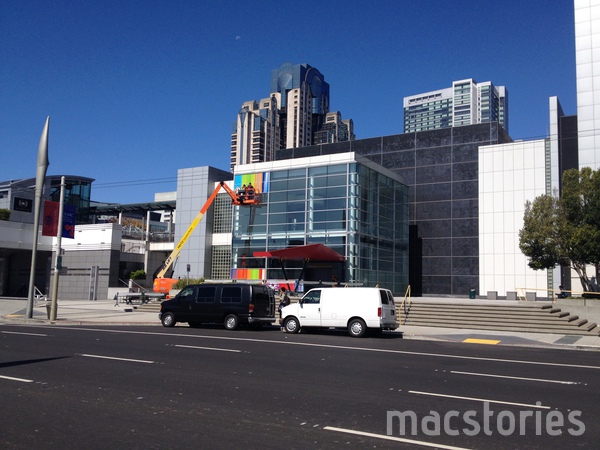 And a close up of the venue’s main entrance. 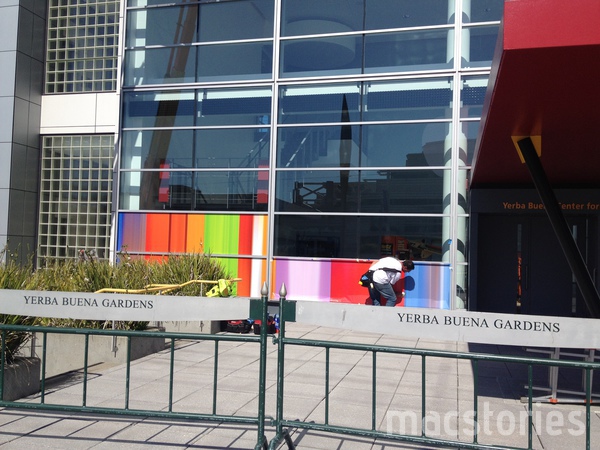 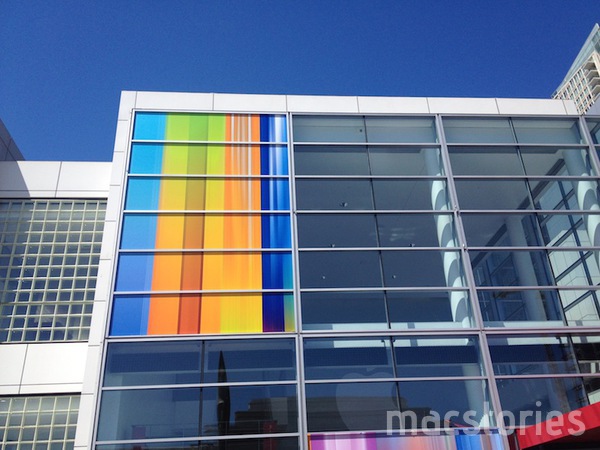 CNET has some more. 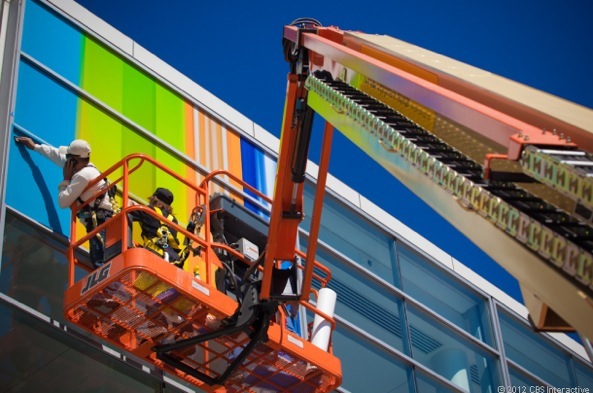 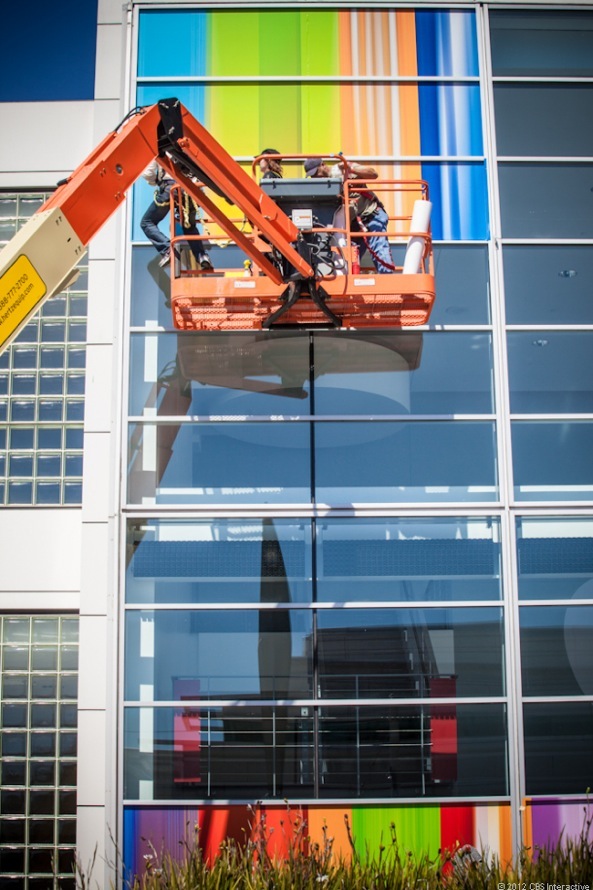 Now, everything about Apple is purposeful, even the seemingly random and unimportant things.

With that in mind, the design of Apple’s event banners and signage usually offers vague clues as to the nature of the company’s event.

I wonder what these colorful banners mean?

That the next iPhone will come in multiple colors, perhaps?

Or maybe Cupertino will after all launch a new iPod lineup alongside the iPhone 5?

According to a report earlier today, both the new iPod shuffle and iPod nano will come in eight vivid colors.

By the way, if you happen to be passing by and have snapped some interesting piccies, do tip me at dujkan [at] idownloadblog.com or use my Twitter handle @dujkan and I’ll update the post with your shots.