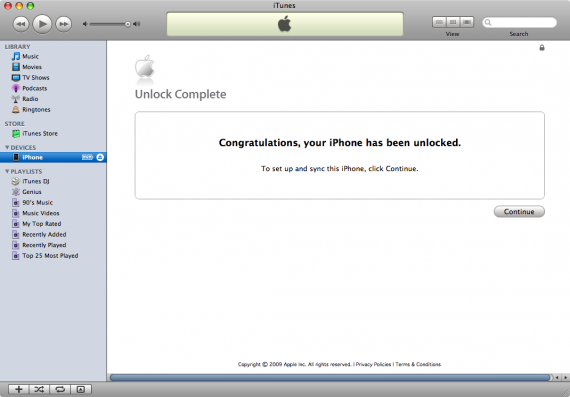 Earlier this year, AT&T started unlocking iPhones for subscribers that were out of contract. Prior to that, users had to be jailbroken, or utilize third-party services to unlock their handsets.

Well, good news for folks with AT&T iPhones that aren’t quite out of contract yet. According to a new report, the carrier has started unlocking iPhones that are still under commitment…

“AT&T appears to be performing iPhone unlocks for some customers whose contracts are still in effect. According to an Ars forum thread, numerous posters were able to unlock their devices after submitting unlock requests to AT&T, despite the fact that many of them still had time—sometimes alot of time—left on their contracts. This seems to go against AT&T’s publicly stated policy that it only performs unlocks for users who are no longer in “active term commitments.”

The site says that both iPhone 4 and 4S users have been successful in submitting unlock requests via AT&T’s Web form. They are reportedly receiving confirmation emails within 24 hours that the unlock is complete, regardless of whether or not they still have time left on their contracts.

“I was also able to get AT&T to unlock my 4S by filling out the online unlock request last week. I’m not even one year into my 2-year contract, so I’m not sure what their policy is,” another poster named DarwinKS wrote.”

Unfortunately, not everyone is seeing success. Some users have reported that their requests for unlocks have been denied. Some believe it has something to do with your AT&T account standing.

Regardless, this is definitely worth trying — we are. We’ll let you know if it works for us or not, but in the meantime, we’d love to hear about your experiences. Let us know how it goes in the comments.