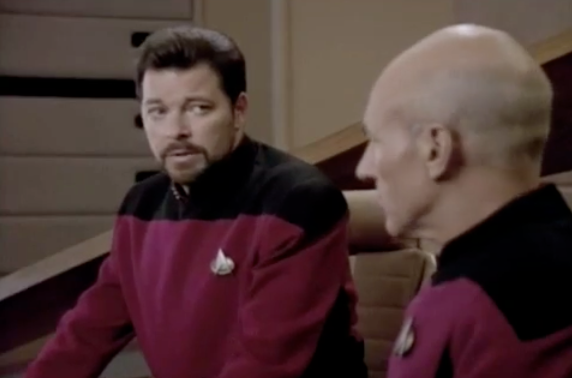 Despite Apple’s clear court victory last week, ultimately proving its theory that Samsung crossed the line with its iPhone and iPad copying, the Cupertino company is still taking heat from critics.

Some folks believe that Apple using its hefty library of patents to sue other companies will end up destroying innovation in smartphones. And, according to this video, the Starship Enterprise…

Admittedly, it’s a fun parody clip. But for what it’s worth, Apple hasn’t gone after any other companies outside of Android manufacturers. It obviously feels that it has evidence that the folks who built Android back in 2006-08 took one too many queues from iOS. You don’t see any Windows Phone suits do you?

Thus, not only is smartphone innovation not doomed, it’ll probably increase now that companies feel they will have to start trying things that haven’t been done before in order to avoid legal trouble.

And that’s what innovation is right, trying new things?

What did you think of the Star Trek clip?