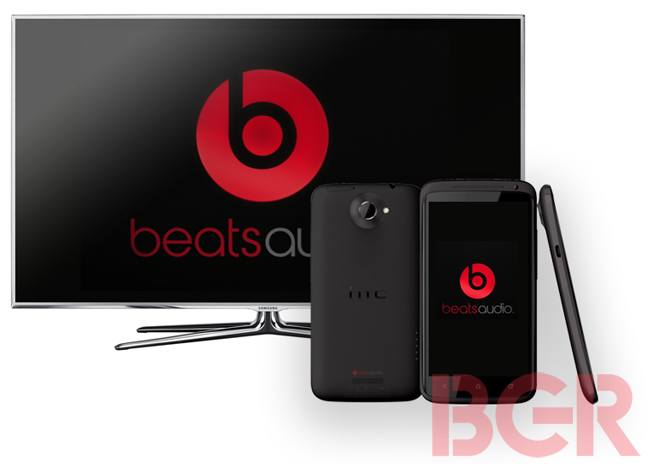 It seems like building your own smartphone is the “in” thing to do these days. Amazon is said to be working on its own handset, as are Facebook and Mozilla. And now apparently Beats Electronics is too.

If you’re not familiar with Beats, you should probably get out more. It’s been leading the high-end headphone market for a couple years. And now it’s reportedly looking to duplicate that success in cell phones…

BGR, who has been fairly accurate with tech intel as of late, reports:

“BGR has learned that while music is still at the core of Beats, the company is about to make some aggressive expansions into categories currently dominated by consumer electronics giants… …Beats is ready to make its own smartphone.

We have learned from a trusted source that while HTC will manufacture the handset, there will be no HTC branding on this device and it will run Android with a custom UI designed exclusively for Beats smartphones. This “will be a truly Beats phone,” our source said.”

And it’s not stopping at handsets, the site continues. Beats is also said to be looking to get into the TV business, partnering with a major player like Samsung to utilize an AirPlay-like feature called Beats Connect.

Perhaps most interesting though, is that, according to the report, the headphone-maker is planning to launch an iTunes competitor. Codenamed Daisy, the service is said to be a subscription-based model with a focus on music streaming. And with Beats frontman Dr. Dre’s long line of contacts in the music business, the company should have no problem getting record labels on board.

While we’re obviously dismissing this as a rumor at this time, it wouldn’t surprise us in the least bit if a Beats smartphone materialized. The company has one of the most valuable and recognizable brands in the world, and could stand to do a lot more with it than continue to build headphones.

The question is, would people buy it? What do you think?