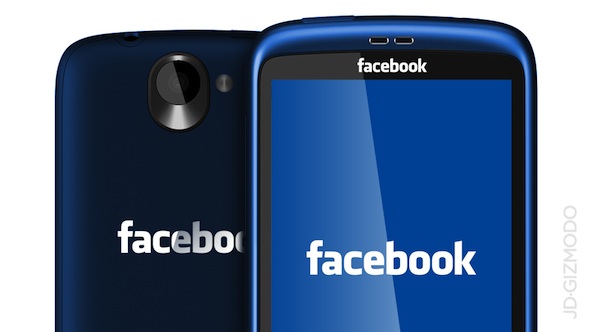 Late last year, some rumors started circulating that Facebook was working on its very own smartphone. Code-named “Buffy,” the handset was to be built by HTC, and feature a forked version of Android with core-level integration of the social network.

Today, DigiTimes is reviving the rumor with a new report regarding the mysterious device. Quoting “industry sources,” the site says that Facebook is set to release the smartphone as early as Q3 of this year, shortly after the company goes public…

“Given that Google is expected to continue to cooperate with Samsung Electronics for the development of the next-generation Nexus smartphone, HTC reportedly has decided to move forward in its own way and is currently developing a customized smartphone in cooperation with Facebook slated to be launched in the third quarter of 2012 at the earliest, according to industry sources.”

As crazy as this sounds, HTC would probably be willing to try anything at this point. The Taiwanese manufacturer has been on a sharp downward slope over the past 12 months as it struggles to respond to competition from both Apple and Samsung.

And you can’t underestimate Facebook either. The company, which is worth somewhere in the neighborhood of $100 billion, is home to some of the most popular applications on the internet. And it’s recently been laying the groundwork for an impressive ecosystem.

It’s interesting that these rumors of a Facebook phone persist, especially considering the tension between the social networking service and Apple. The two companies have have had problems working on a number of projects, including iOS integration, and the infamous iPad app.

What do you think? Could Facebook be preparing to launch a phone?