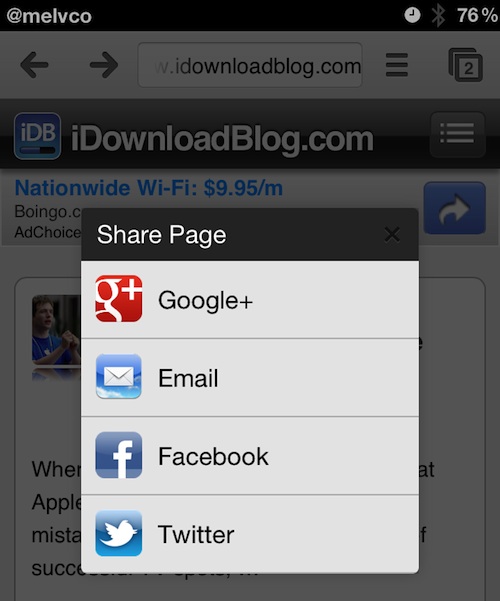 Great news for all of you Chrome fans out there, Google has just pushed out a nice little update for its popular third-party browser.

The sharing is seamless, and often takes just a single touch. As you might have guessed, this requires some authorization from your various social network apps first. But once it’s set up, it’s really convenient.

As for the other changes — the stability improvements and such — I haven’t noticed much of a difference. At times, Chrome feels a bit faster, but that could just as easily be a placebo effect as anything else.

If you want to check out Chrome for yourself, you can find it in the App Store, for both the iPhone and the iPad. And for all of you jailbreakers, remember you can set the app as your default iOS browser using this tweak.

How do you feel about Chrome? Are you still using it?