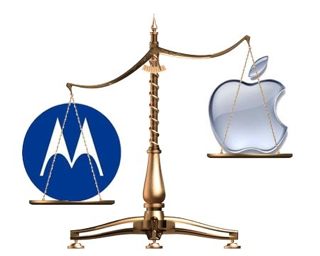 Google-owned handset maker Motorola Mobility on Friday filed its second lawsuit against Apple with the U.S. International Trade Commission (ITC) that could see Apple’s Mac computers, iPhones and iPads banned from sale in the United States…

Bloomberg relays an e-mail statement by the Illinois-based Droid maker:

We would like to settle these patent matters, but Apple’s unwillingness to work out a license leaves us little choice but to defend ourselves and our engineers’ innovations.

The Wall Street Journal chimed in, writing that Motorola accused Apple in the filing of breaching seven of its patents related to location-based reminders, Siri, push email notifications and media playback on cell phones, amongst others.

Motorola today also issued press invitations for a product launch slated for September 5 (Droid Razr HD, perhaps?), conveniently a week before Apple is rumored to unveil the next iPhone and the same day Microsoft/Nokia have their own Windows Phone 8/Lumia related presser.

It’s gonna be a crowded September.

Motorola and Apple locked horns over patents in 2010, following failed licensing talks. Apple argues that the Droid maker is refusing to license standards-essential patents on fair terms while claiming that Motorola’s Android-driven devices ripped off key patented features of the iPhone.

The ITC is also reviewing a previous ruling from Motorola’s first ITC case against Apple. That ruling, due August 24, could have devastating consequences for California-based Apple because asserted patents cover crucial 3G technology used in both iPhones and iPads.

Apple on its part argued that the tech is standards-essential and should be licensed at a fair and reasonable price under the FRAND act.

Remember, Motorola previously won a case against Apple in Germany over its data synchronization patent. As a result, iCloud users cannot have iCloud email pushed to their iOS devices while located within the borders of Germany.

Now that Google has completed its $12.5 billion acquisition of Motorola, effectively becoming a handset maker, any settlement gets more complicated.

While Motorola as a standalone entity may be interested to take care of its own needs, Google clearly has broader agenda, especially in light of the ongoing Apple v. Samsung litigation, currently unfolding in its third week in a San Jose court in northern California.