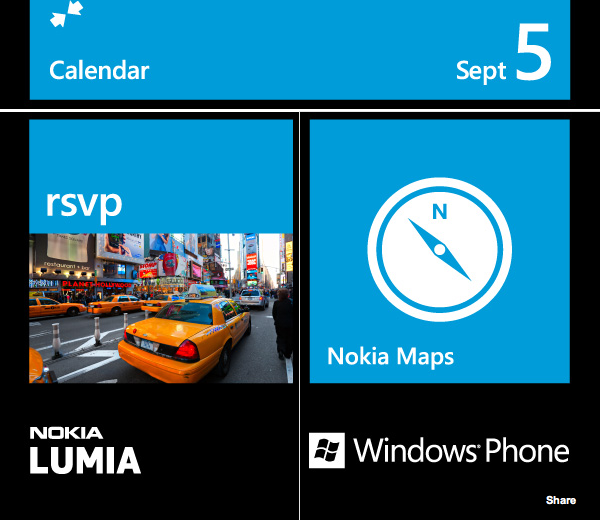 We’ve known for awhile that Nokia and Microsoft were planning to counter Apple’s iPhone 5 launch with an event of their own. It’s official now as Microsoft issued media invitations for a Windows Phone-focused presser in New York City on September 5, just a week before Apple is expected to take the wraps off its next iPhone. Talk about preempting what analyst Gene Munster likes to paint as “the biggest consumer electronics launch in history”.

With Nokia close to being on life support and Microsoft’s market share in mobile still eroding, there better be some darn exciting announcements if smartphone buyers are to consider upcoming Windows Phone 8-powered Lumia phones this holiday season…

As AllThingsD’s Ina Fried noted, this is going to be a major test for Microsoft as the company explores its strategic partnership with Nokia to woo customers with some exciting new Lumia handsets.

By the way, the Nokia World show is also slated to conveniently kick off in Helsinki, Finland that same day.

Nokia certainly knows how to create cutting-edge hardware so we’re expecting to see new devices with familiar Lumia design, albeit sporting refreshed internals like faster chips and improvements in the camera department (Nokia is an expert in mobile photography) and – why not? – perhaps some nice colors.

I, for one, certainly want Windows Phone to grow into a viable third mobile platform. The world will be a boring place if only Apple and Google are allowed to dominate. Plus, Microsoft should be congratulated for being bold enough to experiment with a brand new interface that sets its software apart without looking like a rip off of iOS or Android. 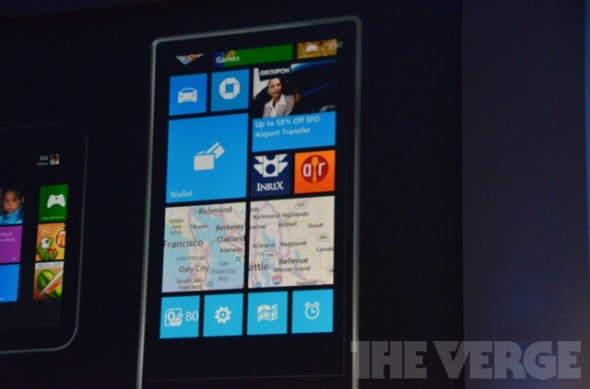 By the way, don’t you just love invitation graphics?

It’s not like Apple’s subtle invitations but it comes pretty close, with Windows Phone tiles providing hints for the what (RSVP event label), the where (New York cab graphics) and the when (the September 5 calendar tile).

The logos unambiguously suggest that this is going to be a Windows Phone-focused media event, with likely new ‘hero’ Lumia handset(s).

And the Nokia Maps logo?

Well, Nokia has had a three-dimensional mapping technology way before Apple announced its in-house iOS 6 mapping solution in June. Available only on desktop at maps.nokia.com, it requires a plugin to render 25 major cities in 3D.

Perhaps Nokia will announce availability of this 3D mapping technology on Windows Phone 8 Lumia handsets? After all, both Apple’s and Nokia’s 3D maps are based on advanced rapid mapping tech licensed from C3 Technologies.

Dare to share your predictions down in the comments?