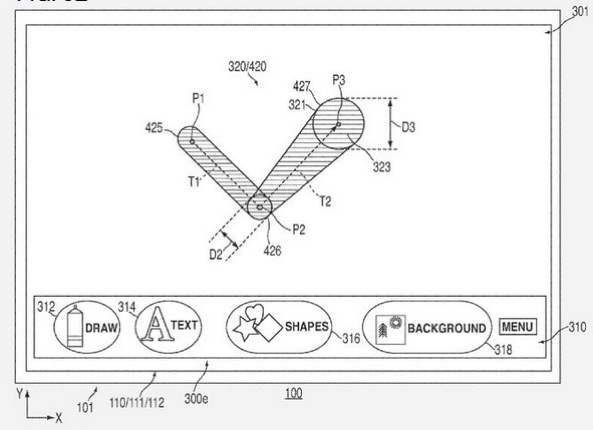 Apple could be working on a sophisticated vector drawing app for Macs and iOS devices plus a bitmap image editing app akin to Adobe’s Illustrator and Photoshop software, respectively, a new patent filing published by the United States Patent & Trademark Office (USPTO) reveals.

The invention calls for extensive use of gestures to interact with the user interface, the tools and on-screen objects, including the ability to change any input tool property in response to any particular input gesture and a new way to handle the layers madness…

Jack Purcher of PatentlyApple did a nice job highlighting the filing’s many exciting aspects.

Apple’s software solution for photo manipulation and digital illustrating calls for both mouse and touch input, indicating plans to make the two apps available on both Mac and iOS platforms.

Remember that Apple’s iWork and iLife suite used to be a Mac-only affair, but the company eventually brought touch-optimized Numbers, Keynote, Pages and iPhoto apps to the iPhone and iPad.

Apple goes to excruciating details describing the drawing and photo manipulation programs. Both apps call for easy adjustments of the tools, with immediate visual feedback related to the tool changes:

For example, rather than having to select options on a displayed menu, a user may provide input gestures at or near a displayed input tool to directly manipulate one or more properties of that input tool, such as its size or color.

A dynamic interface with enhanced visual feedback would allow for better user experience:

By visually changing how an input tool is represented on a user workspace so as to indicate a change in an input tool property, a user may be provided with a more efficient and intuitive user interface for generating graphical objects. 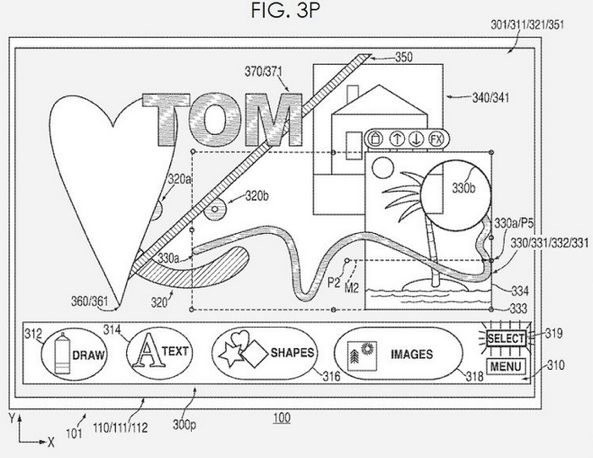 In another patent filing, Apple describes a new kind of the layering system, usually seen in image editing apps like Photoshop and Pixelmator.

Such an implicit layer management scheme may provide an interface that may not confuse a user with a layers list or that may not put a user in a situation where he or she may try to create a first type of graphical object content when a layer that is incompatible with the first type of graphical object content has been activated.

In other words, layers would get intelligently selected, freeing you from the hassles of having to select a desired layer from the list.

Therefore, a graphical display system may be configured to follow one or more rules or principles when defining, selecting, and/or managing various graphical object layers, such that the simplicity of a basic drawing space application may be combined with the flexibility and non-destructive manipulation capabilities of a more advanced layering application.

The App Store offers dozens of high-quality photography apps from third-parties, including high-end vector drawing programs from the likes of AutoCAD and Adobe’s touch-optimized apps meant to supplement its desktop Photoshop software.

At any rate, Apple by entering this space could easily raise the ladder, just as it did with the release of the excellent iPhoto app for the iPhone and iPad (one of my favorite iOS apps).

Do you see the need for Apple-branded vector drawing and photo manipulation iOS apps?