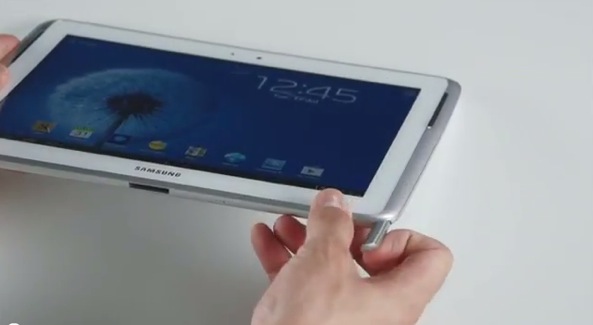 Google’s Nexus 7 tablet launch a month ago has literally obsoleted Amazon’s seven-inch Kindle Fire overnight. Three weeks ago, Reuters claimed Amazon was working on half a dozen new Android tablets, among them one with a larger display designed to take the iPad on the high-end.

The rumors were true as the Federal Communications Commission (FCC) yesterday cleared an Amazon tablet with a larger display. Meanwhile, Samsung today launched its 10.1-inch Galaxy Note tablet with much fanfare.

It comes with a stylus (please, no jokes), has juicy hardware (a 1.4 GHz quad-core processor with 2GB of RAM) plus some interesting multitasking features, such as split-screen functionality and a pop-up video player…

Nate Hoffelder of The Digital Reader points to an anonymous FCC submission for a mysterious device. Noting that Amazon always goes via a front company to hide the paperwork, Hoffelder speculates:

I don’t have anything beyond the label, but after looking at the dimensions I’m guessing that this is a 9.7″ or 10″ tablet. The general screen geometry is likely going to be 4:3 (like the iPad), and not widescreen like many Android tablets.

And since some of the hidden parts of the FCC paperwork will be revealed in December, this device will clearly be launched this fall.

Looks like it’s gonna be a crowded fall, with Amazon and Microsoft releasing their iPad contenders and Google possibly entering the high-end with a larger tablet (Nexus 10, anyone?) 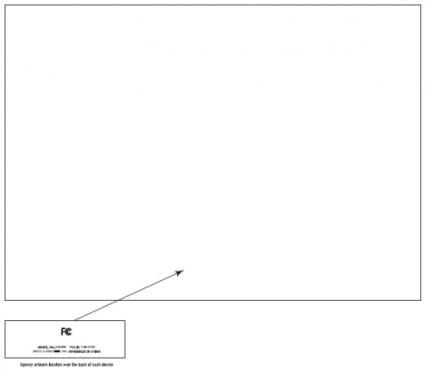 As for other makers, not everyone seems to be down with Windows 8-powered tablets.

As pointed out by Cult of Mac, Toshiba and Hewlett-Packard will pass on Windows RT tablets for the time being, citing inability to procure enough components, which means they are unable to engineer and manufacture enough tablets for that important holiday rush.

Samsung, on the other hand, is stepping up its tablet fight with today’s high-profile launch of the 10.1-inch Galaxy Note, which ships with a stylus and boasts split-screen functionality.

The device is just 0.3-inch thick, has a five-megapixel camera on a back, a 1.9-megapixel one out the front, a  a 1280-by-800 TFT display and the controversial S-Pen stylus. It will ship running Android 4.0 Ice Cream Sandwich, but Samsung confirmed it will be upgradeable to the latest Jelly Bean 4.1 version.

In his review, Mossberg praises the split-screen feature (“it works with a limited selection of apps, such as S Note, email and the browser”) though opining that multiple, clumsy steps to make it work could put off some folks.

Mossberg also liked a pop-out video player, but slammed the Note’s battery life, which in his tests lasted “only” seven hours and 27 minutes between charges.

His peer over at The New York Times, David Pogue, wrote that the Note “raises an inconsistent challenge”, in that Samsung’s willingness “to make bold design experiments – like adding a stylus” and “building an ecosystem of accessories and online stores to rival Apple’s” is marred with user interface inconsistencies and “a much longer list of features don’t necessarily add up to a superior product”.

For more, check out the speeds and feeds Galaxy Note comparison with the iPad.

What do you think of the new Note and upcoming iPad challengers from Amazon and other makers?

I’d say only a few companies will be able to turn any meaningful profit. The vast majority of other makers will struggle to sell enough tablets to even recoup the costs of sales, development, marketing and so forth.