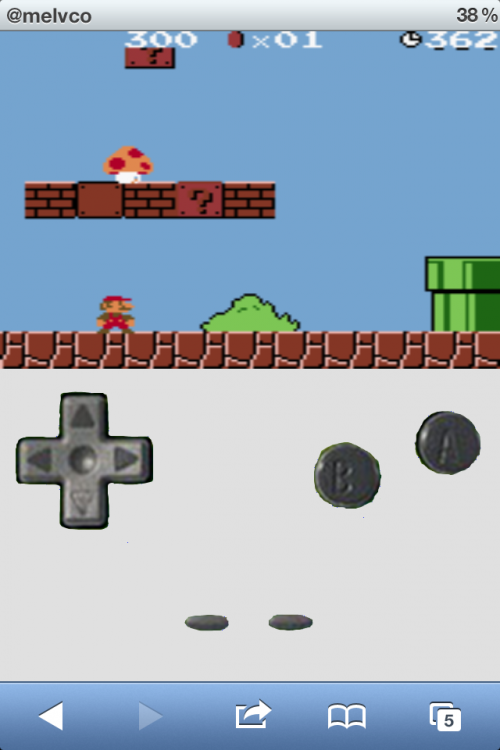 Nintendo hasn’t released games for its NES or Game Boy systems in more than 20 years, but that doesn’t mean people have forgotten about them. Emulators for old Nintendo games exist on nearly every platform imaginable — even iOS.

Until now, however, your iOS device had to be jailbroken to play these older games. That, or you had to snatch up one of the handful of emulator apps that popped in the App Store before Apple pulled them. But we’ve found another way…

A reader recently pointed us in the direction of an HTML 5 website that features more than 100 playable old school Nintendo games. There’s no need to download anything, they just play in your iPhone’s browser (iPad not so much).

Now, I use the term “play” very loosely here. After thumb-smashing my way through three Super Mario levels this morning, I’m not sure I want to play anymore. It’s slow. In fact, slow is an understatement. It’s molasses-y.

That being said, other games felt a lot smoother. Tetris, for example, was almost tolerable. So I’m assuming that you’re mileage will vary depending on your device, connection speed (obviously) and what game you’re playing.

But how long this will be around is anyone’s guess. Even though these games can’t be downloaded, I’m pretty sure this is still breaking at least a couple dozen copyright laws. Of course, Nintendo could always do the right thing and just license its popular games for mobile use and become gazillionaires.

But we’re not holding our breath.

If you want to check out the games for yourself, you can find them in your iPhone’s web browser. Maybe this has been around forever and we just never knew about it. But still, very cool nonetheless.