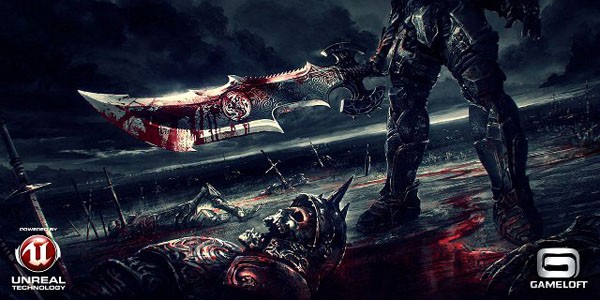 Gameloft is arguably one of the most well-known mobile game development studios in the business. Its titles are known for their in-depth gameplay and console-quality graphics.

Well it looks like the studio is getting ready to take those graphics to the next level with the popular Unreal gaming engine. And we’ve got footage of the first title they’re using it in…

For those who aren’t familiar with the Unreal Engine, here’s a little background. It’s a highly-regarded gaming engine, developed by Epic Games, that’s used in a number of popular console titles such as Gears of War, and even some iOS ones like Infinity Blade.

Aside from its gorgeous graphics, Wild Blood is a high-profile game on a number of other fronts. It definitely doesn’t look like any of Gameloft’s other titles, so it’ll be interesting to see what the studio can do outside of its comfort zone.

There’s no word on a release date yet, but the fact that Gameloft is publishing game trailers bodes well for a 2012 launch. We expect to see Wild Blood land on both iOS and Android platforms sometime this fall — perhaps just in time for the new iPhone?

What do you think of Wild Blood so far?