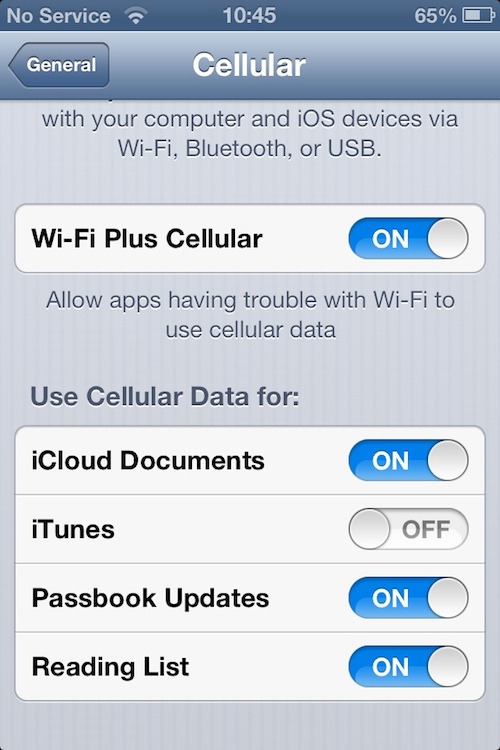 The latest beta of iOS 6 was released this week with a handful of changes. We’ve already mentioned a few of these differences like the new Bluetooth Sharing menu, and the missing YouTube app. But another one has been discovered.

In beta 4, a new option can be found deep in the Settings application, under the Cellular tab, called Wi-Fi Plus Cellular. When enabled, it allows apps that are having trouble with Wi-Fi to automatically switch over to cellular data…

With this feature, users on FaceTime calls will no longer be interrupted thanks to a poor Wi-Fi connection. And folks who are worried about exceeding their wireless data limit can obviously toggle the feature off and on as they see fit.

But it’s not just for FaceTime. It looks like Apple will be opening up this option to iCloud syncing, iTunes downloads, Passbook updates, and more. It’ll really be interesting to see if they allow third-party apps to use the feature.