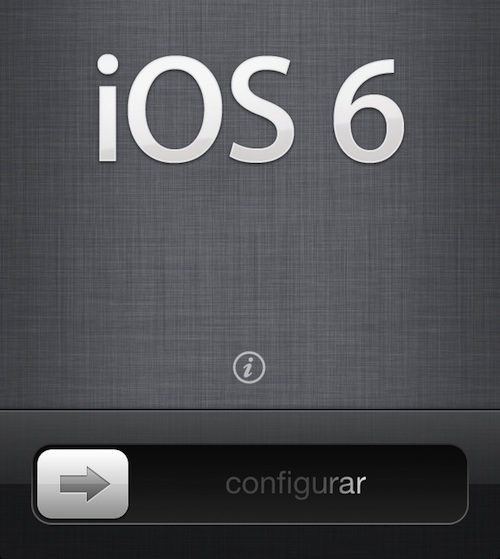 We’ve been combing through iOS 6 beta 4, which Apple released to developers this morning, for any differences in the update, and so far, we’ve managed to spot a handful of them.

In addition to the removal of the native YouTube application, we’ve also discovered a new Bluetooth Sharing option in the Privacy settings, as well as some other minor changes…

The new Bluetooth Sharing menu, which appears in the Settings application under the Privacy pane, lists apps that have requested the ability to share data via Bluetooth. 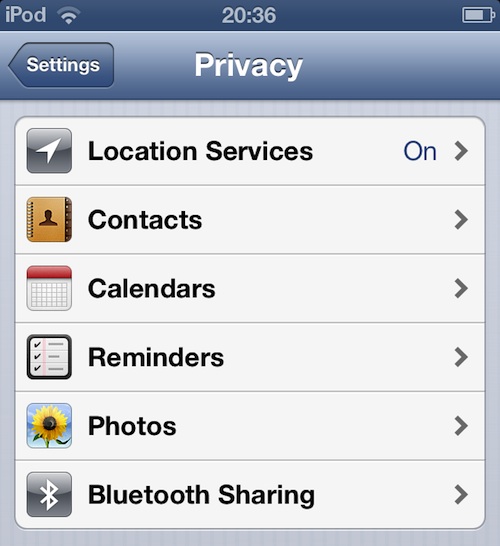 We’re not exactly sure what this means just yet, but it could have something to do with the Bluetooth linking feature that iLounge mentioned in a report last week:

“Our source also claimed that Apple is working on an as-yet-undisclosed iOS 6 feature that will act as a bridge between its Bluetooth 4-capable devices.

The feature would enable, say, a future iPod nano to display iMessages received by an iPhone, record voice memos that could be shared via the iPhone, and even initiate phone calls through its own headphones.”

This has the potential to be an extremely powerful feature, especially for accessories like the Pebble Watch, which hope to stream push notifications and other data from the iPhone over Bluetooth.

There’s also a new option in the Mail, Contacts, and Calendar Settings pane for Shared Calendars. When enabled, you will be notified about any new, modified or deleted shared events.

Other minor changes include improvements to the Maps app, a revamped iOS 6 splash screen (above), and a new button in the Passbook app that links to the App Store — possibly for a new Passbook-compatible app section to come.

That’s about it for now. We’ll let you know if we find any other notable new features or changes.