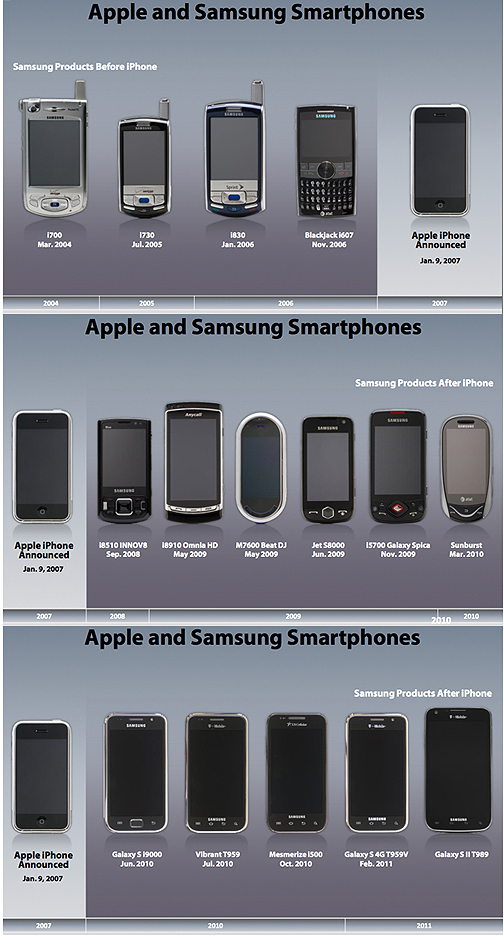 As you’ve probably noticed, Apple and Samsung are locked in a high stakes courtroom battle in northern California right now. Apple believes that Samsung intentionally copied its smartphone and tablet designs, and is seeking more than $2 billion in damages.

The debate on whether or not Samsung copied Apple has been going on since the Cupertino company filed its original lawsuit back in April of last year. But it’s hoping to convince the California court journey with the help of these three product timeline images…

AllThingsD points to the three pictures, which Apple submitted into evidence for the trial, and were released to the public late this afternoon. In them, Apple tracks the evolution of Samsung’s smartphone and tablet designs before and after the iPhone and iPad were released. 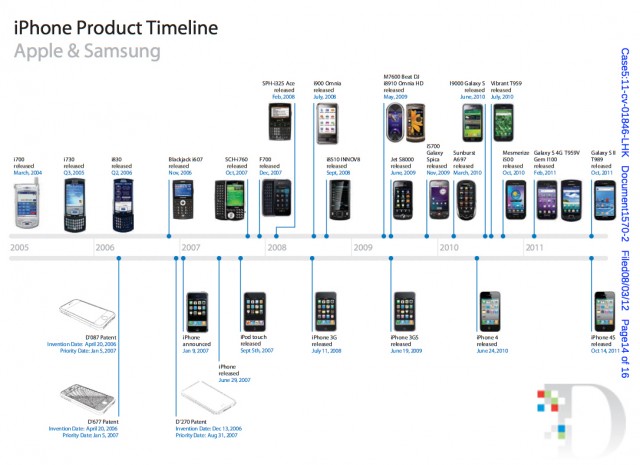 Now, we’ve seen graphics like this before. But put together, these two images do seem to make a compelling case that Samsung completely changed the design if its smartphones shortly after the release of the first iPhone. Notice that in 2006 and early 2007, Samsung was still making Windows Mobile handsets, with styli and slide out keyboards. Then, in late 2007 after the iPhone debuted, they moved to a touchscreen-only design with an app-oriented OS. Coincidence?

Of course, you can argue that this was the way that smartphones were moving anyway. But that’s a different debate. Right now, we’re just looking at the images Apple is using to help build its case, and again, they are quite interesting. Next up, tablets. 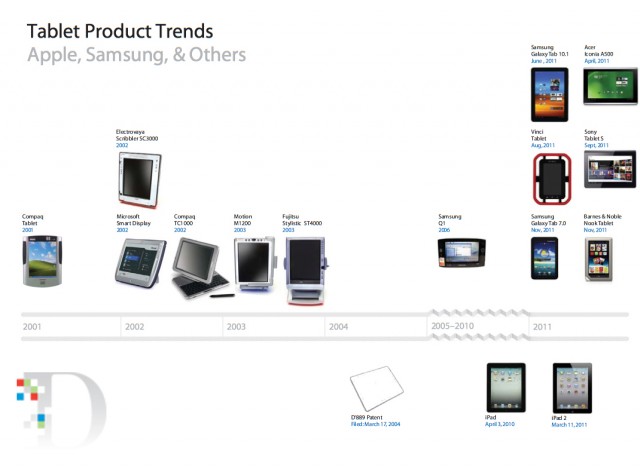 This image, as you can see, shows the evolution of Samsung’s tablets leading up to the release of the original iPad, and then after it. Apple first unveiled the iPad in January of 2010, and released it in April of that year. Again, it looks like Samsung drastically changed the design of its products after seeing Apple’s design. The photo also shows other tablets, such as the Barnes and Noble Nook and the Acer Iconia, to prove that Samsung didn’t necessarily have to make its tablet a black-bordered rectangle.

Apple’s case against Samsung is far from a slam-dunk, but so far, it seems to be winning the courtroom exchange. Obviously with more than $2 billion at stake, this trial is only going to get more interesting as it goes on. So stay tuned.

What do you think of the images? Do they make a good case?