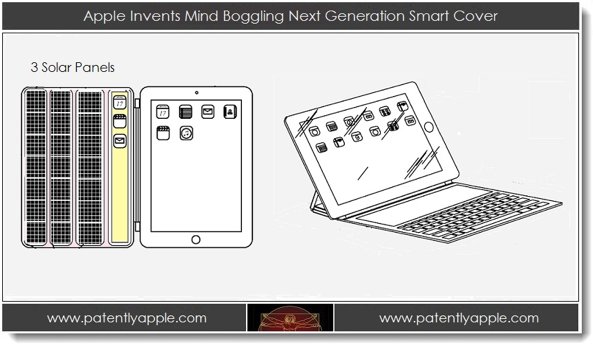 A much more capable Smart Cover could be in the works as a newly surfaced patent application indicates Apple’s been researching a next-generation iPad cover which combines a built-in keyboard with a flexible display itself driven by multitouch technology.

Coincidentally, a recent rumor asserted Apple was researching bendable displays and exploring ways to use flexible panels in mobile gadgets (Samsung’s already on it). As for the smarter Smart Cover, it could also incorporate solar panels for easy recharging under sunlight, in addition to inductive charging, smart pen input and even a battery engineered inside the case in a variety of ways…

The inner cover, Apple writes, could double as a keyboard or a sketching area, solar panel. The outer edge is touch sensitive to allow for media functions such as play, pause, fast-forward and so forth.

Matter of fact, this souped-up Smart Cover lacks just one thing: the iPad’s brain. The patent envisions a sort of active communication between the case and the tablet, either wirelessly (using Gigabit WiFi, I presume) or through a wired data connection.

The filing notes that such a setup could also work smoothly over the 5GHz 802.11n protocol as it would provide sufficient data transmission bandwidth to transmit a high quality 1080p video stream at thirty frames per second. 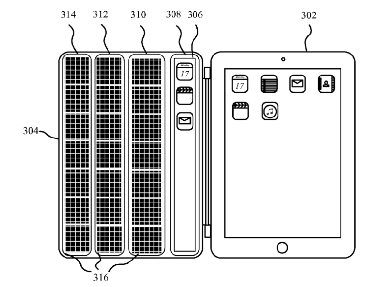 This future Smart Cover will include the following: a flexible flap having a size and shape in accordance with the size of the iPad’s display where at least a portion of the flexible flap is covered by a flap display configured to present visual information; and a connecting portion, the connecting portion arranged to provide at least a communication channel arranged to convey information between the iPad and this future Smart Cover where at least some of the information is presented visually on the flap display.

Another interesting bit: the use of wireless inductive charging means a standalone iPad unit could double as as a power source for the cover. 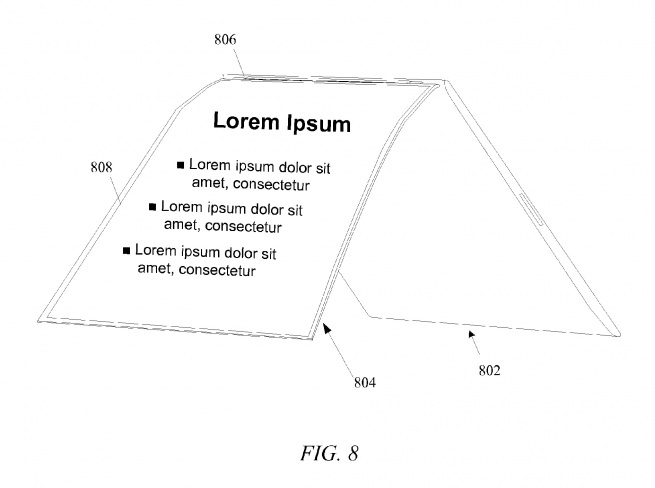 The filing credits Apple engineer Fletcher Rothkopf who worked as Mechanical Design Engineer and iPod Mechanical Engineer and Designer at Apple before being named the company’s Manager of Product Design last December.

Is this concept ever going to see light of the day?