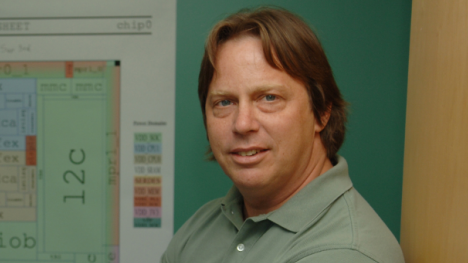 Back in June we learned that Bob Mansfield, Apple’s Senior Vice President of Hardware, would be retiring. Bob has been a familiar face on Apple’s executive team for several years, and an integral part of the success of the iPhone and iPad.

And now it looks like Apple is losing another important piece of its iOS squad. A new report is out today claiming that Jim Keller, Apple’s lead chip designer, is leaving the company to take a new position at Advanced Micro Devices (AMD)…

Keller will be working for Mark Papermaster at AMD, who was, for a short time, Apple’s senior vice president of iPhone engineering.

“Jim is one of the most widely respected and sought-after innovators in the industry and a very strong addition to our engineering team,” said Papermaster. “He has contributed to processing innovations that delivered tremendous compute advances for millions of people all over the world, and we expect that his innovative spirt, low-power design expertise, creativity and drive for success will help us shape our future and fuel our growth.

Keller was most recently a director in the platform architecture group at Apple focusing on mobile products, where he architected several generations of mobile processors, including the chip families found in millions of Apple iPads, iPhones, iPods and Apple TVs.”

Jim Keller joined Apple in 2008, as part of the P.A. Semi acquisition. Keller was vice president of design for the startup chipmaker when Apple purchased the company for just under $300 million. In his 4 years in Cupertino, he worked on a number of mobile processors, most notably the A4 and A5 chips used in iOS devices.

Obviously, Apple has a replacement for Keller and will continue to innovate. But the departing of such an extraordinary talent is always worth noting.