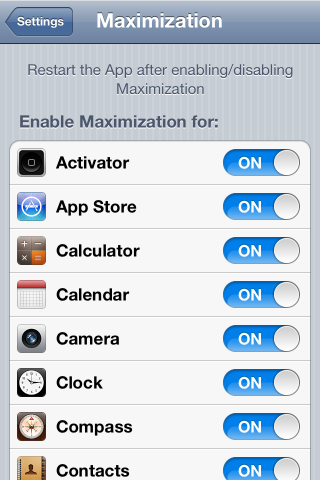 We get it. The status bar is useful for telling the time and for displaying your remaining battery life. But what if you don’t need that information to be always visible?

Wouldn’t it be nice if you could take the real estate borrowed by the status bar, and use it for your apps? Some apps, like games, already do this; it’s called full screen mode.

What if you could force all of your apps to run in full screen mode? If you have a jailbroken device, then you no longer have to hypothesize about that scenario. That’s because Maximization is a jailbreak tweak, that allows you to do just that…

Once installed on your jailbroken device, nearly all apps are immediately forced to run in full screen mode. Some apps won’t cooperate, but the majority work just as you would expect.

The amount of space taken up by the status bar on the iPhone may not seem to be that big of a deal, but it does make a visual difference. You can definitely notice a difference when running, say, the Notes app in regular mode, and then switching to the Notes app in full screen mode. It might seem like the space occupied by the status bar is just a mere ~20 pixels, but that little bit of extra space makes a big difference visually. 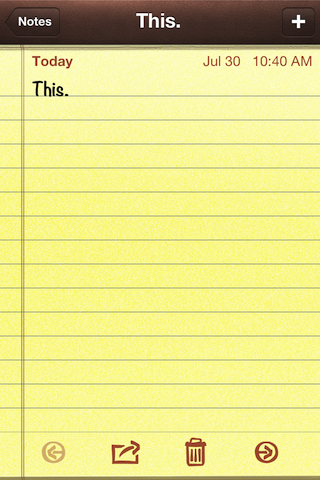 Now obviously, hiding the status bar presents a small issue. You can no longer view the information that is contained there. But the developer — Rudolf Lichtner — was aware of this issue, and made a compromise. Instead, you can access the time and battery percentage by pulling down the Notification Center tab. This was obviously inspired by another jailbreak tweak in Cydia called NCTabClock — I’ll follow up with a post about that tweak a bit later.

Accessing your time and battery percentage using this method isn’t the most aesthetically pleasing method in the world, but it’s gets you by in a pinch, so that you don’t have to go back to the Home screen just to see the time or battery percentage.

After installing Maximization, all of your installed apps have full screen mode enabled by default. If you decide that you don’t want a certain app running in full screen mode, then you can easily disable individual apps by means of the settings panel in the Settings app. Each app is assigned a simple on/off toggle that can be used to enable or disable full screen mode. 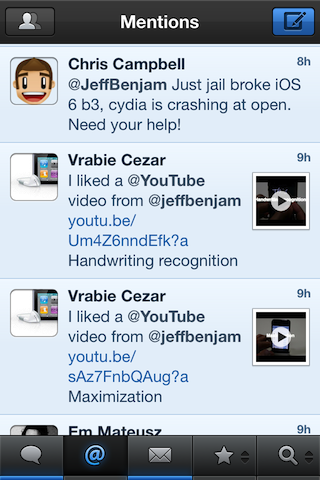 Once you alter a toggle for an individual app, you may be pleased to hear that you don’t need to respring. Just kill the app and restart the app for the changes to take place.

Maximization is obviously a tweak that lends more benefit to the iPhone and iPod touch, considering that they both possess relatively tiny 3.5″ screens. You might not think that the iPad would be supported, but it is. I found that Maximization works just the same on the larger iPad, as it does on its smaller iOS counterparts. Even though the iPad has a huge screen, I still found it appropriate to run apps in full screen mode.

With such a useful tweak, you would think that the developer would charge for his efforts, but he hasn’t. Maximization can be had for free on Cydia’s ModMyi repo.

Again, I never thought that such a small amount of space could make a difference, but it does. From a functionality standpoint, I’m not so sure, but for a pure visual standpoint, it certainly excels.

Be sure to let us know what you think about Maximization in the comments section below.