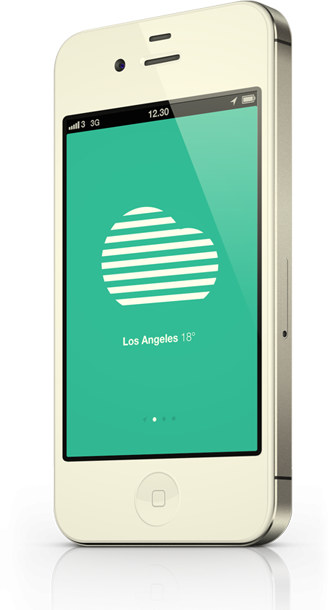 Developers are doing some downright amazing things with HTML5 as a late, and Sun is just the latest example of the ongoing trend.

First noted by 9to5 Mac, Sun is an HTML5 based web app for weather forecasts. It can handle up to 4 different cities at once, including a city based on your current location.

For fans of Clear — the popular task app for the iPhone, you’ll feel immediately at home with Sun, because it too relies on simple gestures for navigation.

Needless to say, I came away mighty impressed with Sun. I’ve always said that one way to tell a good web app is if you can’t tell it’s a web app. With Sun, you’d be hard pressed to do so…

Sun is the creation of uber talented web app and design specialist, Jakob Henner. Sun is clearly designed to look and feel exactly like a native iOS app, and it succeeds in doing so.

The remarkable thing about Sun, outside of the pretty visuals, is how smooth Henner was able to get the animations (tested on iPhone 4S and new iPad), both for swiping and pinching. It really is remarkable when you consider that this is running using mobile Safari. 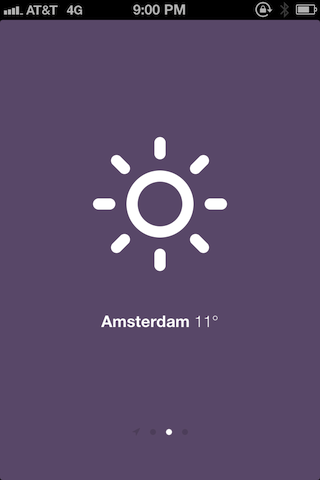 Once launched, you’re greeted with an iconic visual of the weather for a particular area that dominates the screen. The weather icon is flanked in the background by colorful hues that make the simple interface stand out.

Most noticeably, is the fact that there are no buttons present within Sun — everything is performed using swipe or pinching gestures. 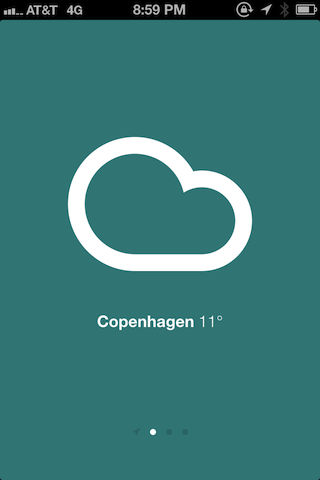 Swiping left or right allows you to switch between one of four cities, while pinching out reveals the weather statistics for an individual city. The weather information is very basic, meaning you’re not going to find a lot of verbose data, but it works.

You’re presented with a four-day forecast that includes a visual representation of what to expect that day: the high/low temperature, and a brief two to three word sentence describing the day. The current day features an extra bonus that factors in wind speed, but that’s about as deep as it gets. 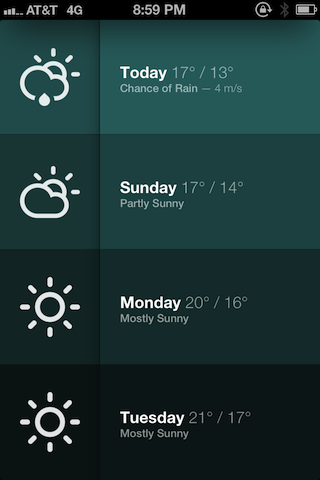 Pinching in on the main location screen reveals global options for the app. Here you can assign up to three cities (not including your location based city), change units of measurement, and select from one of five themes.

The options are a bit sparse when compared with a traditional weather app, but at least they’re meaningful. It’s certainly impressive when you consider that this is an app that you acquired directly from the web. 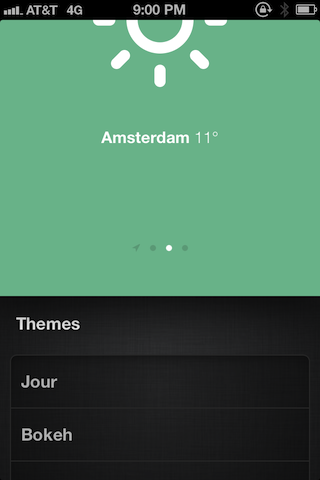 Overall, I highly recommend using Sun. If you’re one of those who’s tired of the deluge of information offered by some weather apps, then Sun might be the breath of fresh air you’ve been longing for.

Have you given it a shot yet? Oh, and don’t forget, it works well on iPad too.