Google is feeling lots of heat lately as Apple, Microsoft and Oracle show some notable progress with Android lawsuits. Apple in particular holds a number of patents that cover trademark features the iPhone popularized, like slide to unlock and other multitouch gestures.

The Internet giant should also beware of the latest Apple patent grant which covers virtually all of the iPhone’s user interface innovations. Perhaps in realization of its defensiveness, Google has changed tactics.

The company is now arguing that because the iPhone has become so popular, Apple’s proprietary and patented inventions should really become industry essential patents. Seriously?

An excerpt from Google’s letter to the Senate Judiciary Committee, signed by the company’s chief lawyer Kent Walker:

While collaborative [Standards Setting Organizations (SSOs)] play an important part in the overall standard setting system, and are particularly prominent in industries such as telecommunications, they are not the only source of standards.

Indeed, many of the same interoperability benefits that the FTC and others have touted in the SSO context also occur when one firm publishes information about an otherwise proprietary standard and other firms then independently decide (whether by choice or of necessity) to make complementary investments to support that standard in their products.

Because proprietary or de facto standards can have just as important effects on consumer welfare, the Committee’s concern regarding the abuse of SEPs should encompass them as well.

So what the heck was that?

Just bear with me for a few seconds. 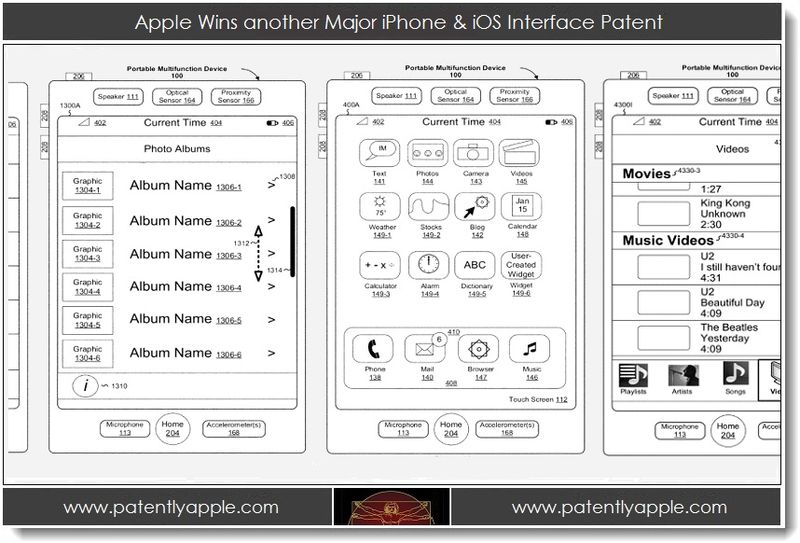 The capabilities of an iPhone are categorically different from a conventional phone, and result from Apple’s ability to bring its traditional innovation in computing to the mobile market.

Using an iPhone to take photos, manage a home-finance spreadsheet, play video games, or run countless other applications has nothing to do with standardized protocols.

Apple spent billions in research and development to create the iPhone, and third party software developers have spent billions more to develop applications that run on it.

The price of an iPhone reflects the value of these nonstandardized technologies — as well as the value of the aesthetic design of the iPhone, which also reflects immense study and development by Apple, and which is entirely unrelated to standards.

So, what’s this standards-essential versus commercially-essential thing all about?

John Paczkowski lays it all out over at the AllThingsD blog:

In the case of the smartphone patent wars, the first makes a cellphone a cellphone and the second makes it an iPhone. One is a core technology, the other is experiential product differentiation.

If I may opine.

So Google basically admits that the iPhone mainstreamed and popularized a bunch of software and user interface features on handsets.

But Google’s idea that those patents should become essentials and as such available to Apple’s rivals just because the iPhone has gotten hugely popular is dangerous and misguided.

It also begs the opposite question: hadn’t the iPhone became a smash hit, then Apple’s proprietary technology in Google’s view wouldn’t have mattered much and it wouldn’t be asserting now that everyone should be entitled to use them, right? 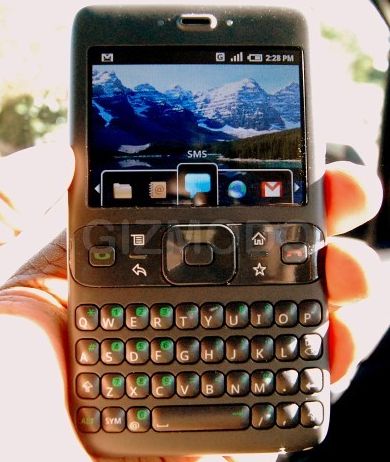 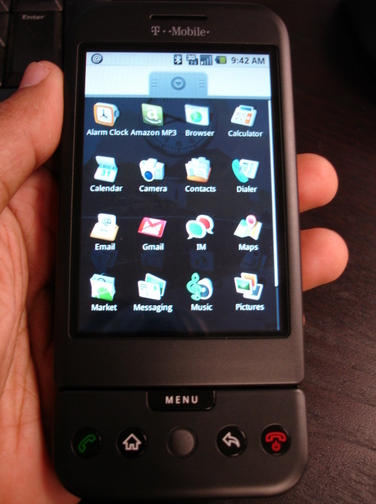 Android before and after the iPhone: an early 2007 Android prototype handset (left) and a T-Mobile G1 from late 2008.

If there was no difference between the two, all smartphones would be alike and the only difference would be in marketing, packaging and so forth. It’s not like only Apple holds the keys to the kingdom here.

Slide to unlock is just one of the many ways one can unlock a mobile device.

Same goes for rubber band scrolling, another idea unique to iOS. There are dozens and dozens of the software features in iOS that Apple developed, patented and commercialized with the iPhone.

Google for most part – and consequentially Android phone vendors – simply replicated Apple’s patented inventions as if they had existed in the marketplace on the industry-wide level way before the iPhone.

So just because Google purposefully ripped off iOS – to make Android devices look like the closest iPhone alternative at the point of sale – and Android vendors flooded the market with hundreds of infringing devices that look, feel and behave like the iPhone doesn’t invalidate Apple’s patented technology.

It’s a lousy argument, in my view, one that indicates Google’s uneasiness with how Android litigation is developing.

And if things were the other way around, I’m pretty sure Google would gladly take Apple to court arguing that iOS ripped off Android.

Signing off, I can relate to the idea that it’d be the best for the consumer and the industry as a whole if the stuff like slide to unlock, scrolling, gestures and what not was made essential.

End-users who don’t give a damn about patent wars, ecosystems and platform providers would benefit if there was only one way to unlock a phone, regardless of the underlying software that powers the device.

Which isn’t to say such an utopian idea will come to full view anytime soon.

Of course, you’re free and more than welcome to disagree with me down in the comments.