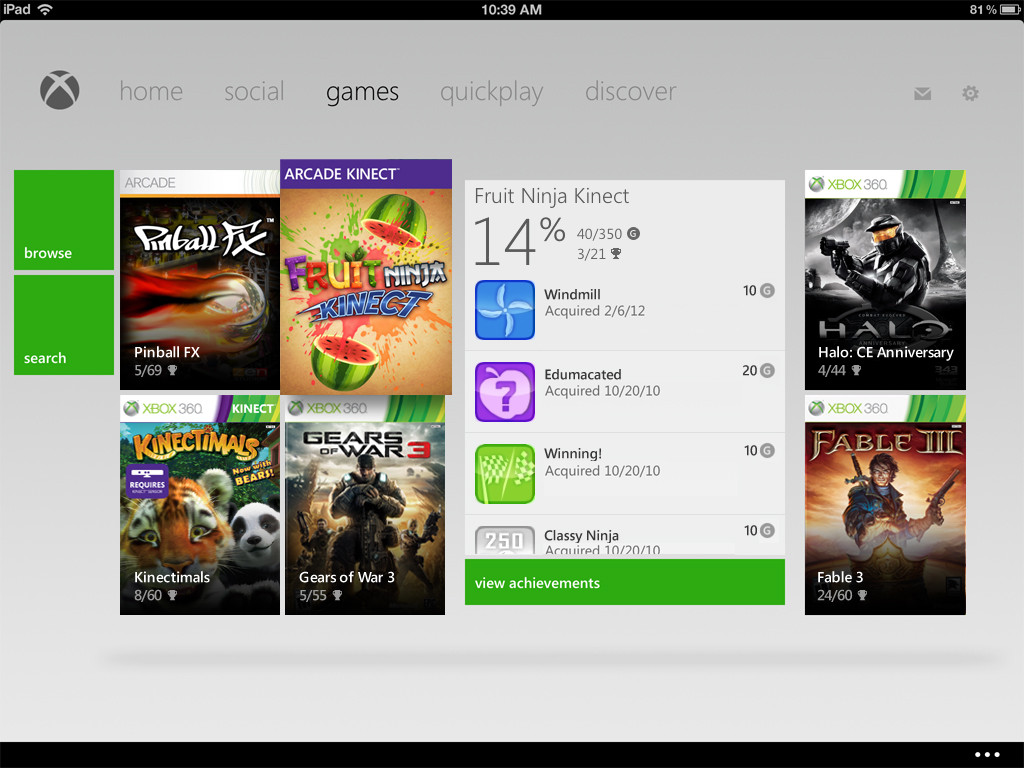 Last month, Microsoft released an update to its My Xbox LIVE application that brought Xbox 360 control to the iPhone. The feature gave users the ability to control their consoles with an Apple-branded handset.

Yesterday, Microsoft released another update that brings that console control to the iPad…

From the app’s release notes:

“Use your iPad with your Xbox to connect, control and discover content on your console. Connect your iPad for access to a quick list of your most recent console activity. Control your content with play, pause, fast forward and rewind media controls. Find fresh entertainment to play in the new Discover section.”

While it doesn’t offer any advanced options, the control feature serves as a nice backup remote for your Xbox 360. Just make sure that the console has an active internet connection.

If you’re interested, you can grab the new My Xbox LIVE application from the App Store, for free.

What do you think of the updated iPad app?