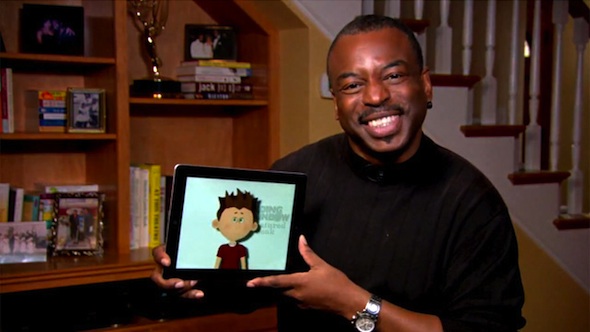 You’d be hard-pressed to find someone over the age of 15 that hasn’t at least heard of Reading Rainbow. The PBS series nabbed over 200 awards in its epic 23 year-long television run.

But despite its popularity, the show was canceled in 2006 due to budget cuts and other factors. The program’s host LeVar Burton, however, was intent on keeping the series alive…

Burton unveiled Reading Rainbow 2.0, an iPad app, at Apple’s WWDC conference last week. The app went live a few days ago, and Engadget was on hand to get all the details.

“Burton told us that he was genuinely surprised with the public outcry that followed the show’s cancellation. Kids have grown up with it for more than a quarter-century, and as such, there are some fairly strong emotional bonds at play here. According to Burton, maintaining the elements that made the show magical was the most difficult aspect of the 18 months the team invested in the creation of the app.”

Overall, Reading Rainbow looks like a solid application — whether you’re looking to re-live your childhood, or you just want to pass on the magic to your own kids.

All of that nostalgia will cost you though. While the app itself is free, you’ll need to opt into a $10 per month subscription to gain access to the content (or right now, $30 for 6 months).

If you want to check it out, you can grab Reading Rainbow from the App Store, for free.

What do you think? Good idea/bad idea?