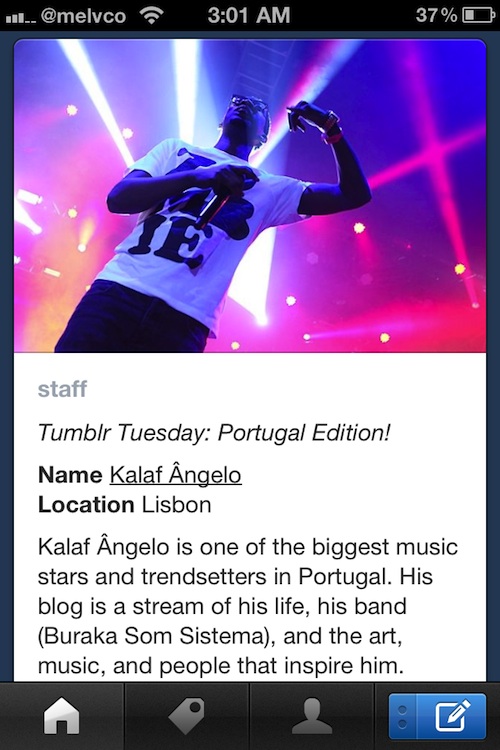 Tumblr released a significant update to its iOS app last night, bringing the software to version 3.0. It feels faster, looks better, and includes a handful of new features.

The first thing Tumblr users will notice is that the app’s been completely redesigned. A new UI and revamped notifications tab make for much smoother navigation…

On top of the new coat of paint, Tumblr 3.0 also includes Offline support. This will allow users to write blog posts, reblog content and leave comments while offline — essentially the actions will sit in a queue, and be automatically executed when the iPhone connects to the internet.

Also new in 3.0 is ability to share songs and other content from Spotify. The music streaming service, which just received a pretty big update itself, teamed up with the blogging platform back in April.

Even if you aren’t a frequent Tumblr user, this new update is worth checking out. Not only does it make blogging easier from your iPhone, but it makes discovering new content easier too.

If you’re interesting, you can find Tumblr in the App Store for free.

What did you think of the update?