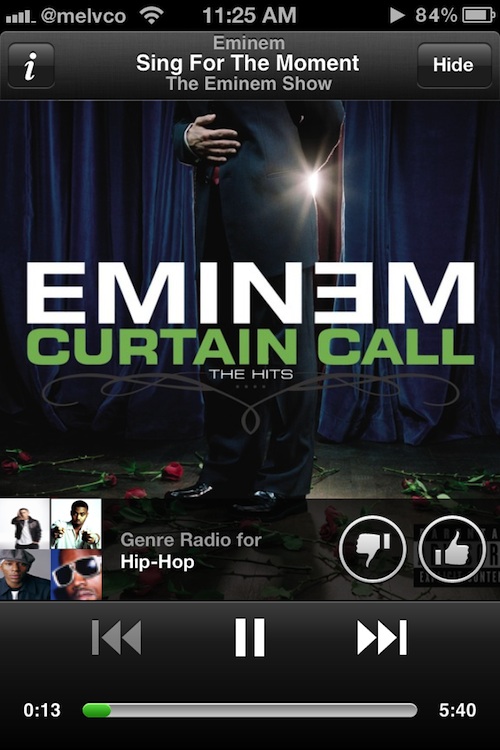 Users will be able to create radio stations based on genre, artists or track-style, and can further customize them via a thumbs up/down ratings system…

The free radio feature has been available on desktops since late last year, but the fact that it’s now available on mobile devices is a huge win for users. Up until now, you essentially had to be a paying customer to use Spotify’s service on the go.

On top of the new radio option, the app also includes a handful of bug fixes. So whether you’re a current subscriber or not, it’s worth checking out.

If you’re interested, you can find Spotify in the App Store for free.

Have you tried Spotify’s radio feature yet? What do you think?