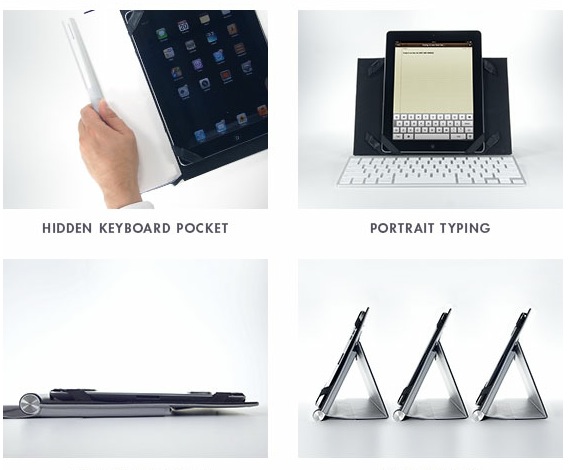 Not too long ago we told you about a new Kickstarter project that caught our eye. Called the Touchtype, the project offered up a new type of iPad case that really piqued our interest.

More than just an iPad case, the Touchtype promised to offer a safe home for not just your tablet, but also an accompanying Apple wireless keyboard. If you’ve ever wanted to leave your hefty MacBook Pro at home when popping down to the coffee shop to do a little work, then the Touchtype aimed to make using your iPad for work a real possibility.

The thing is, and as we have all witnessed before, Kickstarter projects all look great when asking for money, but what about the finished article? We have been lucky enough to spend some time with a shipping version of the Touchtype, and we don’t think you’ll be disappointed…

Before we get started, this is not going to be a 1,000 word review of the Touchtype, covering its every feature and benefit because, to be honest, the project’s founder does a much better job of that than we could. Check out the video on the project’s Kickstarter page and you will see what we mean.

The project, now with less than 24 hours left to run, requires backers to offer a minimum of $47 in order to get their hands on a Touchtype. That gets you the grey polyurethane model. The one we have been testing is the $85 espresso leather version, and we have to say it is gorgeous.

Made from top layer buffalo hide, the Touchtype oozes quality and has that lovely leather smell to it. We have not had our hands on the polyurethane version so we cannot really compare, but we can’t recommend this particular color and material enough. Top marks there.

A black leather version is also available, should the espresso brown color not be to your liking.

Packaging is also gorgeous, with a black cardboard box that has a real feel of quality about it. It may not seem like much, but being presented with something with such a neat finish sets you up nicely for what is inside. 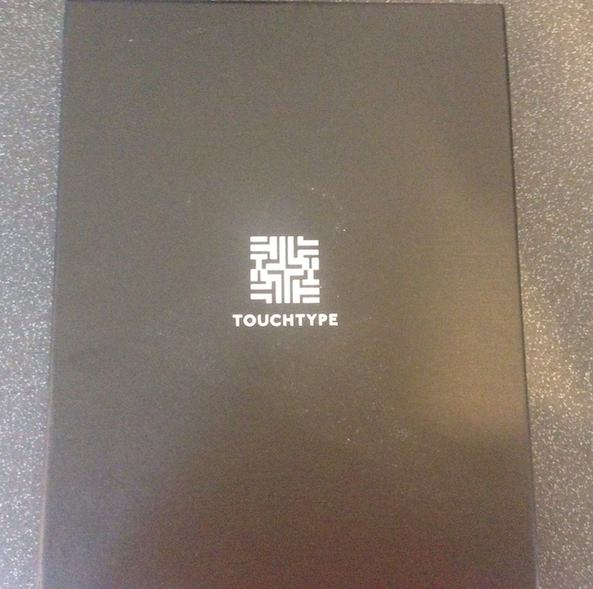 As far as the actual Touchtype is concerned, we have no complaints. To coin a phrase, it does exactly what it says on the tin. The case itself offers room for any iPad, including the latest and greatest, as well as one of Apple’s own wireless keyboards. Other, third-party efforts may also fit, though we have not tried one ourselves. With Apple’s product being so well suited to the iPad, why look elsewhere?

While it is true that a case that also plays host to a keyboard may not be everyone’s cup of tea, if you do require room to house a keyboard as well as your tablet, then the Touchtype is something that is well worth your time to take a look at. If you’re going to do just that, though, you’ll need to do it fast. With less than 24 hours to go before the funding process ends, you’ll want to be in there nice and soon.

Fear not though, we suspect this won’t be the last we see of the Touchtype, nor its project owner.