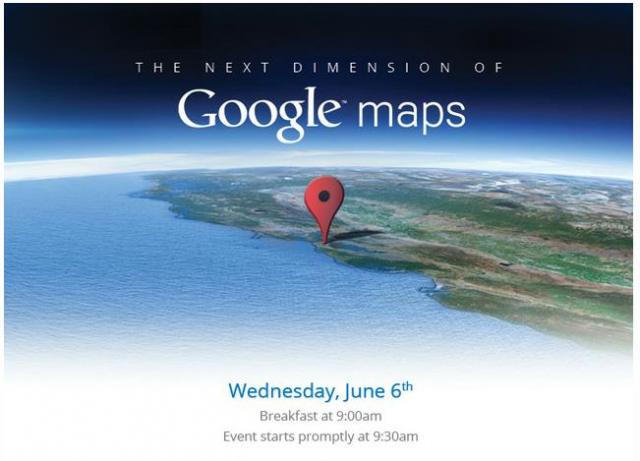 Not content with being outclassed by Apple, Google today sent out invitations to select members of the press. The invite graphics teases “the next dimension of Google Maps”. The search giant’s presser takes place next Wednesday, June 6, at 9:30am, five days ahead of Apple’s worldwide developers conference that kicks off with a keynote in San Francisco’s Moscone West on June 11.

Looks like both tech titans are keen on taking the maps experience to the next level, which can only be a good thing for us consumers and market watchers. But As Apple debuts its own in-house mapping solution, market dynamics will inevitably change due to Apple’s size, brand power and for the simple fact that Cupertino will no longer be paying fees for using Google’s tiles in Mac and iOS applications and services.

Of course, it’s also the question of pride…

At this invitation-only press gathering, Brian McClendon, VP of Google Maps and Google Earth, will give you a behind-the-scenes look at Google Maps and share our vision.

We’ll also demo some of the newest technology and provide a sneak peek at upcoming features that will help people get where they want to go – both physically and virtually. We hope to see you there.

Maps is one of core Google features outside search.

Even though a number of mapping services exist, Apple’s reportedly technologically advanced solution combined with their world-class marketing is  bound to grab headlines, at least, if not rub Google’s nose in the dirt by demonstrating its ability to compete, especially when controlling all the technological pieces used in its products.

Together, the three acquisitions provided Apple with the know-how to innovate in the areas of traffic and social layers (Placebase), three-dimensional rendering (Poly9) and rapid 3D mapping (C3 Technologies).

The results are mind-blowing, as evident in leaked screenshots, such as this one below. 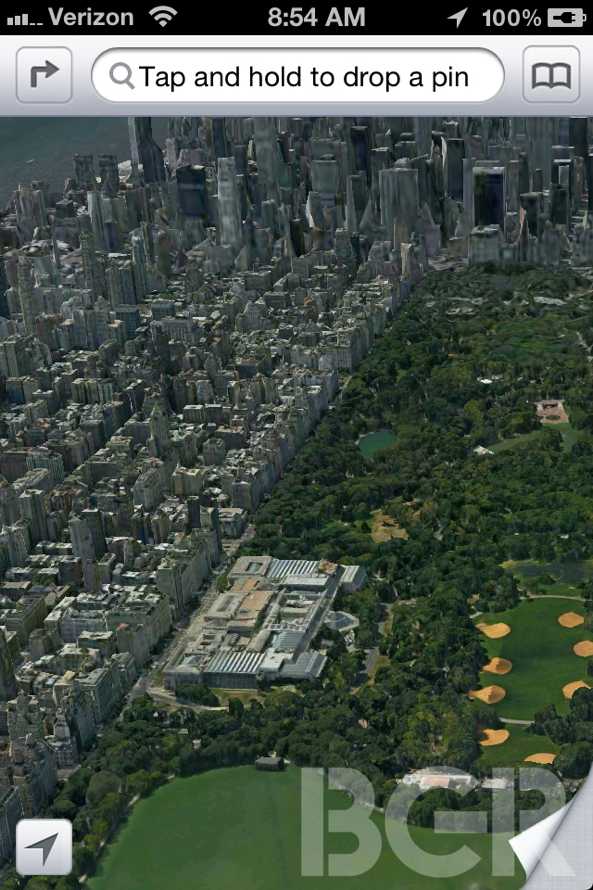 Of course, Google’s technology is likely to be just as good, if not better.

If I have to guesstimate, I’d say that this Google Maps revision will combine 3D data from its Earth product with improved tiles, high-resolution street and interior views and Google+ social features.

Throw in some WebGL-enabled magic, and you have a winner on both desktop and mobile devices.

As for Apple, C3 Technologies is of special interest here.

This venture-backed company uses interesting 3D mapping solution based on a declassified missile targeting technology which is based on a spin-off of the Swedish aerospace and defense company Saab AB.

Here’s what I’m talking about.

We’ll find out everything in just a few days at the Google I/O and WWDC conferences.

Has Apple made a mistake by ditching a Google Maps backend?

Will Apple’s data center be able to support massive data and computing requirements to serve three-dimensional maps to hundreds of millions of customers who use iOS devices?