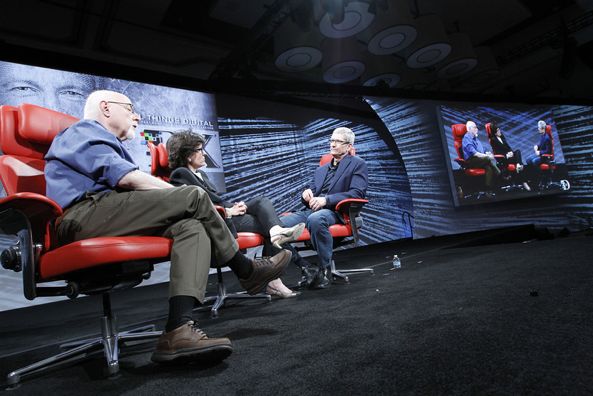 During his opening-night talk at the D10: All Things Digital conference, Apple’s chief executive Tim Cook acknowledged the need for Apple to get more social going forward. He also advised folks to “stay tuned” for Apple and Facebook, subtly hinting that deep Facebook integration could be a go-go for iOS 6.

He also addressed Ping, Apple’s beleaguered social network for music that he labeled as a product he didn’t “want to put a lot of energy into” because “the customer voted”.  So, is Apple really going to ditch Ping?

For starters, “Apple doesn’t have to own a social network”, said Apple’s chief executive during a fireside chat with technology columnists Walt Mossberg and Kara Swisher.

But does Apple have to be social? Yes…You’ll see us integrate Twitter into the Mac OS as we introduce Mountain Lion. Game Center and iMessage could be thought of as social.

Yeah, but what about that social network for music of yours?

We tried Ping and I think the customer voted and said this isn’t something that I want to put a lot of energy into.

Wait, did Cook just admit that Ping, once a tentpole, was a dud?

So, will the company axe it?

Will we kill it? I don’t know. We’ll look at that.

Apple launched Ping as a social network for music embedded into iTunes in late-2010.

It initially debuted with support for Facebook Connect, but the social network killed the feature on its end a mere few hours later.

This pretty much derailed Ping as users had now way of connecting their iTunes accounts with Zuckerberg’s social network to easily post updates about their favorite songs, artists and so forth. 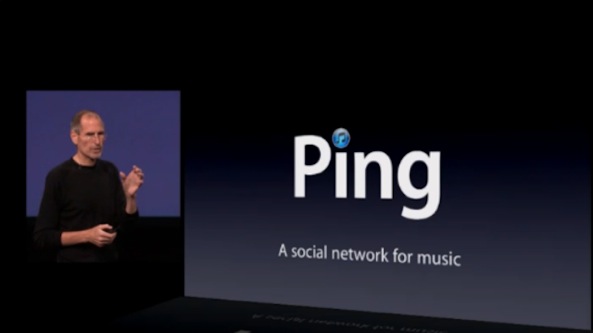 Steve Jobs would later reportedly tell his subordinates that Mark Zuckerberg was demanding “onerous terms” that he wasn’t willing to agree to.

Whichever way you look at it, Ping has failed to hit the ground running.

I say, abandon the unwanted baby that is Ping – it won’t be missed.

Really, do you use Ping at all?

I wanted to, I really did – but never made it  past the account creation screen.

To be perfectly honest with you, the way it is now I simply don’t have enough time to manage yet another social network.