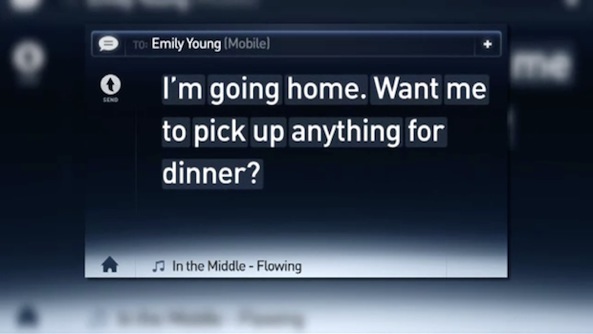 Was this an iCar solution Steve Jobs was dreaming about in his final days?

According to a press release, Nuance Drive! taps the cloud to parse your spoken commands into textual queries. The platform will initially provide for hands-free message dictation akin to Siri, music playback controls and satellite navigation.

Here are a couple examples of supported natural-language commands:

“Send a text to Anna Smith, ‘I’m stuck in traffic. I’ll be at the office as soon as possible.’”

Of course, these are not set in stone.

As is the case with Siri, one can ask the same questions in different ways.

So, when’s this thing gonna be available?

The company says Dragon Drive! Messaging will roll out first this summer with support for six languages: US and UK English, French, Italian, German and Spanish.

Additional services, languages and country markets will roll out throughout the year. 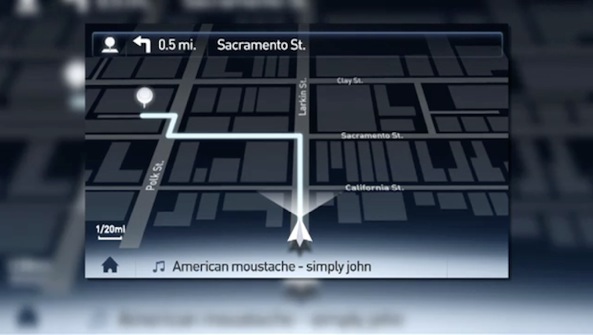 You can ask it to find local businesses, retrieve location information and get instant directions from anywhere.

And this is voice-activated music control in action. 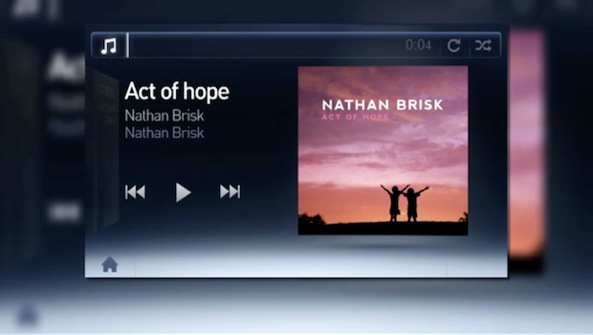 More information on Nuance Drive! is available at the official website.

But why bother, I can hear you say.

True, voice-activated solutions for cars have been around for years. Most are straightforward and easy to use, but it’s worth pointing out that Nuance is no ordinary company.

They have far and away the most intellectual property in speech synthesis technologies in the industry.

Their voice recognition technology is world-class.

It powers Apple’s Siri, but is also behind voice recognition in Samsung’s Smart TV sets and S-Voice, a Siri-like feature found on Samsung’s latest flagship smartphone, the Galaxy S III.

Their marketing chief hinted last week at promising developments focused on personalization that will eventually let one ask Nuance-powered gadgets questions such as “Is my favourite movie on tonight?”

A comment by Apple board member Mickey Drexler made at the recent Innovation Uncensored conference made waves last week. The executive claimed Apple’s late co-founder Steve Jobs wanted to reinvent the automotive industry with an iCar project before he died.

Unfortunately, he never got around designing it and I wonder whether Nuance Drive! was part of his dream.

As for me, hell yeah – put Nuance in television sets, in-car systems and just about any gadget where voice commands make sense.

On the flip side, I’m deeply convinced voice technologies need some streamlining, if you will.

Alas, it was about the time we finally moved away from remembering a set of spoken commands to just telling our gadgets what we want in natural language.

That’s exactly what Nuance technology brings to the table.

Siri may not be accurate enough, but it’s ahead of anything else currently available on the market and it’s bound to get better as the system amasses huge data sets of accents and spoken queries.

These changes should easily trickle down to whatever other voice-enabled gadget Apple has in mind (think television).

I really am not sure what the heck Apple is waiting for: why not use a small portion of its $110+ billion cash pile and just snap up Nuance before Google or someone else does it?

At the time of this writing, Nuance’s market cap was sitting at a cool $6.58 billion.