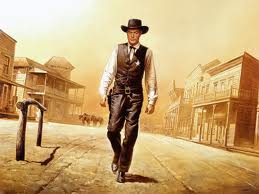 I highly debated whether or not to post this, but after some going back and forth, I decided that it was for the best to shed some light on this subject in an attempt to cut down on confusion.

Apparently there is a new jailbreak tool “available” (you’ll see why I used quotes in a second) that allows you to perform an untethered jailbreak on iOS 5.1.1 for A4 devices.

The tool is called VulnDisco Mobile 1.7, and it is a commercial product that takes advantage of the existing RedSn0w 5.1.1 tethered jailbreak to install a custom bundle for an untethered jailbreak.

While I’ve yet to find any details on how much the jailbreak will cost in total, in all likelihood it will set you back much more than the cost of an iOS device itself. That’s because this jailbreak is not a standalone product, but it’s an add-on to a larger product created by a company named Immunity.

While the average user won’t have the necessary resources to access this jailbreak at all, there are still some lingering concerns surrounding its release. Check inside for the full story…

Above is the video of the commercial jailbreak that works for A4 devices. This is not the same as the free jailbreak that is coming soon, and works with nearly all devices.

First of all, let me lay out the path of this jailbreak. As I stated, it’s far from a standalone product, and is instead a part of a suite aimed at security professionals.

So who’s all involved with this? First you have Intevydis — a Russian vulnerability research firm that’s been in business since 2008. Intevydis is not at all new to the business of selling exploit packages, and they’ve uncovered many security holes in popular products in the past — their Flash player exploits uncovered late last year come to mind.

As if all of that wasn’t enough, you’d also need the aforementioned Immunity CANVAS software — a penetration testing application that runs on Windows, Mac OS X, Linux, etc — in order to put together the full product that makes the jailbreak a possibility. Who knows how much money we’re talking here in total, but believe me when I tell you that it’s definitely out of your price range.

Even if you had the money to blow, I’m not sure that they’d let any Tom, Joe, or Harry come waltzing in without some sort of security clearance or background check. It’s not something you can pay to download, you have to speak with real people before a transaction can ensue.

The primary issue that I can see stemming from this news is that multiple exploits are potentially being burned as MuscleNerd points out:

It also seems as if various members of the jailbreak community didn’t respect the fact that a certain someone tweeted this news out to their 100,000+ followers. Was this a legitimate attempt by that person to spread the news, or was this more of a attempt to one-up the hard working folks behind the upcoming untethered jailbreak for iOS 5.1.1? I’m not going to try to decipher certain actions by certain people. I’ll let you be the judge of that.

In the short term, at least, none of this really matters to most people interested in jailbreaking. In a few days Absinthe 2.0 will be released, and many will enjoy the fruits of the hard work put in by pod2g, and many others.

Did I mention that it’s free?