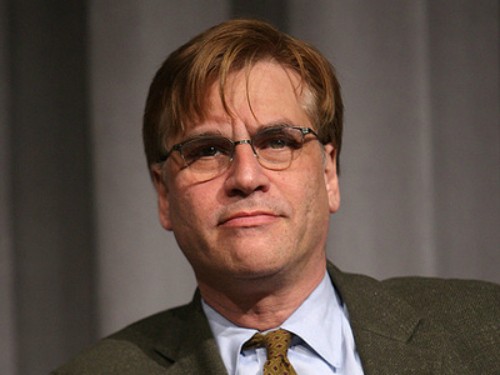 During a recent news conference for his upcoming HBO series, Aaron Sorkin fielded a number of questions regarding the Steve Jobs biopic he was recently chosen to adapt for Sony Pictures.

The Academy Award-winning writer told reporters that while he still doesn’t know what he’s going to write just yet, he’s sure that the film won’t be a “straight ahead biography.”

“It can’t be a straight ahead biography because it’s very difficult to shake the cradle-to-grave structure of a biography,” Sorkin told reporters at a news conference for his upcoming HBO drama “The Newsroom.”

Sorkin noted that “The Social Network” saw the Facebook story through the lens of acrimonious lawsuit that pitted CEO Mark Zuckerberg against his Harvard friends over the creation of the social media network.

“Drama is tension versus obstacle. Someone wants something, something is standing in their way of getting it. They want money, they want the girl, they want to get to Philadelphia – doesn’t matter… And I need to find that event and I will. I just don’t know what it is,” Sorkin said.”

Sorkin also noted that Sony Pictures has hired Steve Wozniak as a “tutor” for the film, advising on all technical aspects of computers, and on Jobs himself. And who better to have on set, overseeing the film’s accuracy, than “the Woz?” Although the Apple co-founder stopped working for the company in 1987, he says he kept in touch with Jobs up until his death.

As big of an icon as Steve Jobs was, both in and outside of the Apple community, we fully expect the media to keep a close eye on this production. I know one thing, I wouldn’t want to be in Aaron Sorkin’s shoes right now. Heavy lies the crown.