Pacific Crest’s Andy Hargreaves wins the coveted title for this week’s Most Idiotic Analysis concerning a rumored HD TV television set from Apple, aptly dubbed by the press the iTV.

In a note issued to clients on Tuesday, Hargreaves provided two arguments against an Apple-branded telly.

First, such a device would be of little value to couch potatoes unless it came with a bucket load of premium Hollywood entertainment. Up to a point, he argued Apple thus far has failed to get content owners in line to stream movies and television shows to the TV.

Bear with me for a sec.

Secondly, he wrote a 46-inch HD TV set “would be a terrible use of retail space relative to iPhone, iPad or the Apple TV set-top box”.

Has this guy heard of warehouses? What about jumbo-sized walls of Apple’s retail stores? And whoever said Apple would need to stock hundreds of big-screen iTVs in retail outlets, especially if they’ll fetch a cool $2,000 a pop, as rumored…

Thanks to Philip Elmer-DeWitt over at the Fortune blog, we can cite the Hargreaves’s arguments.

Investment in Apple television makes little sense without a unique TV content offering. An Apple television could drive substantial profitability if it helped Apple capture service provider profits. However, we do not expect U.S. broadcast or cable networks to provide Apple content if it risks cannibalizing existing revenue, which makes a unique Apple service and an Apple television unlikely.

Argument 2: “terrible” use of retail space

I’m even not sure which one is sillier.

You can count on Apple finding a way to expand on existing content deals. Apple recently upgraded iTunes video quality to 1080p and it may not even need a separate agreement to stream movies and television shows to the iTV.

According to the Usage Rules section of the iTunes Terms and Conditions, “You shall be authorized to use iTunes Products on five iTunes-authorized devices at any time, except for Content Rentals” which “are viewable on only one device at a time”.

An iTV will be just another iTunes-authorized device.

And no, the iTV doesn’t necessarily need “a unique TV content offering” to succeed.

Does your current television set come with “a unique TV content offering”? 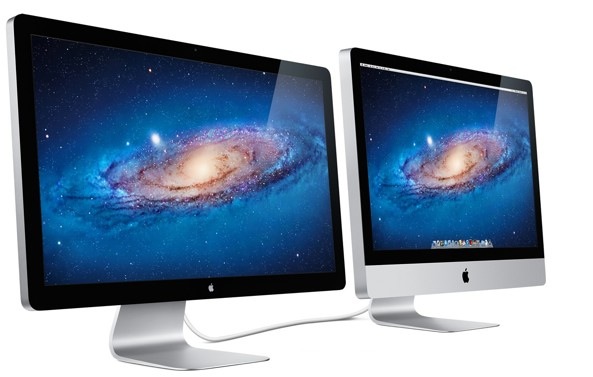 So, those 27-inch Thunderbolt Displays and iMacs are all good for Apple stores, but not 46-inch iTVs?

Besides, the old way of watching television is losing relevance.

What Apple’s HD TV thing will do is it will run apps.

And if the iPad is anything to go by, content providers will be more than happy to supply their own branded apps.

And check this out: the iPhone maker is said to be in talks with Disney, whose CEO has a seat on Apple’s board, to bring its WatchESPN app to the Apple TV, effectively letting couch potatoes enjoy sporting events on their badass HD TV set through Apple’s little hockey puck.

Some clever folks opined that apps are the new channels and I wholeheartedly agree.

So, you’ll simply run apps to stream your favorite network’s programming to an iTV, paying for the privilege through the in-app subscription mechanism. 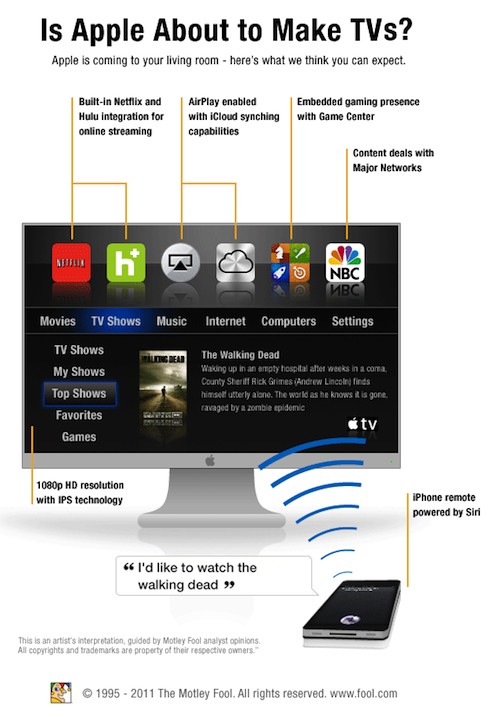 An Apple television mockup by Dari FitzGerald for Motley Fool

As for the other argument, that Apple wouldn’t waste the retail space to carry the iTV, I’m not even sure it deserves a comment. I mean, Apple stores carry 27-inch Thunderbolt Displays and iTV would be approximately twice the size.

Yes, I can totally imagine a couple iTVs hung onto the walls of Apple stores, where users could see, touch and try them out. The Apple store will be the ultimate showroom to showcase a huge television set by Apple. 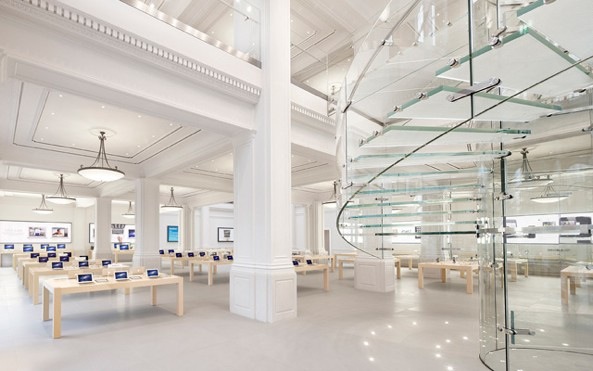 So you’re basically saying an Apple store would be a bad venue to promote and sell a beautiful HD TV set from Apple, right? A “terrible waste of retail space”, you say?

Apple stores have plenty of inventory space to stock a couple dozen units. And knowing Apple’s penchant for efficient and innovative packaging, a packaged iTV will occupy less space than your 50-inch plasma TV that came in a jumbo-sized cardboard box.

At least this particular analyst didn’t back up his outrageous observations by pointing us to some ‘fact-checked’ DigiTimes crap like his peers tend to do (although he believes Apple is more likely to be building an iPad mini).

Other runner-ups in the ‘Oh No, He Didn’t’ category include confused Time Warner Cable chief who doesn’t know what AirPlay is and clueless Hearst CEO who tried to make an argument for cookie-cutter digital replicas of printed magazines that lack interactivity.

If you’re yearning for some novel iTV arguments, I couldn’t recommend more John Brownlee’s engaging take on why he believes in the Apple HDTV and why you should, too, over at Cult of Mac.

They promised us flying cars, too…