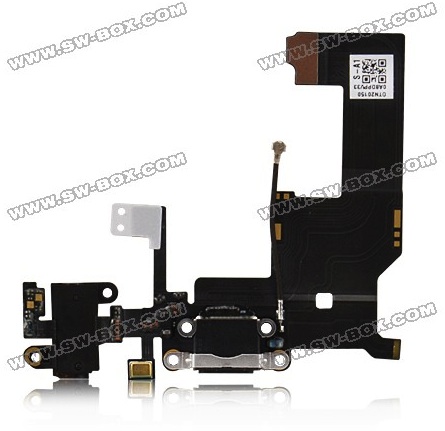 Despite recent reports that Apple hasn’t finalized the design for its next-generation handset yet, purported ‘iPhone 5‘ part leaks seem to be picking up. We’ve seen home buttons, a SIM tray, and now another one has surfaced.

MacRumors points to a new headphone jack/earpiece/Wi-Fi cable component that recently popped up on SW-BOX.com. Although the piece shows out of stock, the parts vendor claims that it indeed belongs to the iPhone 5…

“If the new part is indeed legitimate, it does represent a significant departure from the component organization in the current iPhone. In the iPhone 4 and 4S, the headphone jack, volume buttons, and mute switch are grouped together on a single component, while the new part associates the headphone jack with the earpiece speaker and Wi-Fi cabling.”

This is actually great news for folks pulling for Apple to release a redesigned handset this fall. In fact, it’s the first purported component we’ve seen thus far that doesn’t look nearly identical to its iPhone 4/4S counterpart.

For those skeptical on the significance of part leaks, keep in mind that similar reports exposed the third-generation iPad’s A5X processor more than a month before Apple unveiled it.