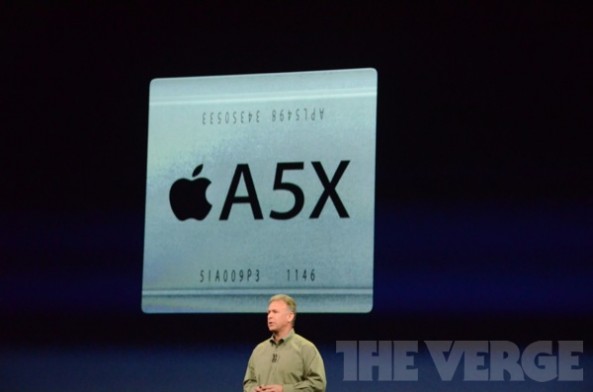 When comparing to competitors Phile Schiller said: “The Apple A5 was already twice as fast. This is a graphics powerhouse.”

Seeing that the current A5 chip inside the iPhone 4S and the iPad 2 is no slouch, it’s insane to think of how much horsepower is behind this chip. It should have no problem keeping the new Retina Display satisfied… 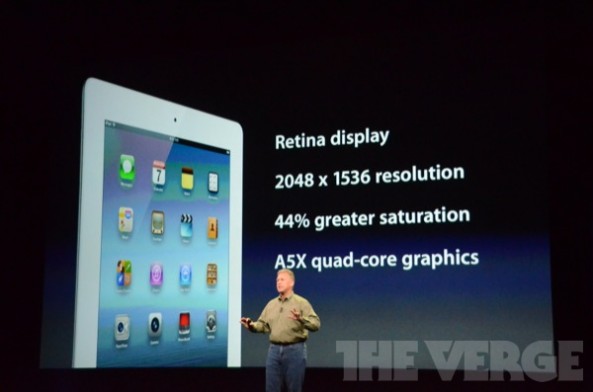 Look at those stats? Can you imagine playing Infinity Blade 3 on this thing?

Note: As stated in the headline, these are quad core graphics, meaning a quad core GPU. It’s still a dual core CPU.