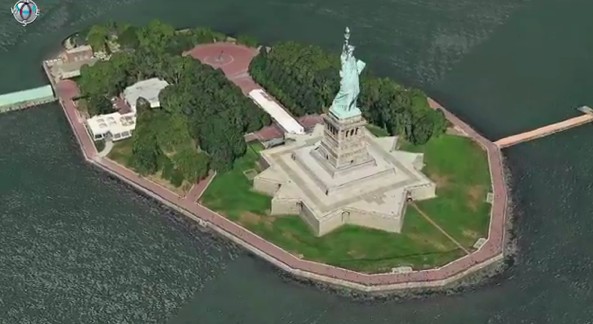 If a new rumor is to be believed, iOS 6 – the next major release of Apple’s iOS operating system powering the iPhone, iPod touch and iPad – will forgo Google Maps in favor of Apple’s in-house mapping service based on incredible 3D maps. The headline new feature will still be called Maps.

However, this is where all similarities reportedly end. The iPhone maker is rumored to innovate Google-backed maps in iOS with an awesome 3D technology based on a declassified missile targeting technology. This in-house solution is said to offer “a much cleaner, faster and more reliable experience”. More importantly, Apple’s own mapping service will reduce their dependency on Google.

Mark Gurman, writing for 9to5Mac, has the story, based on “trusted sources”:

Apple has an incredible headline feature in development for iOS 6: a completely in-house maps application. Apple will drop the Google Maps program running on iOS since 2007 in favor for a new Maps app with an Apple backend.

As for a new 3D mode, it’s said to be enabled by clicking a 3D button inside the reworked Maps app. The app itself is said to be designed in a similar manner to the current iOS Maps program on the iPhone, iPad and iPod touch which takes advantage of the Google Maps backend.

The below image is just a mockup, credited to 9to5Mac. 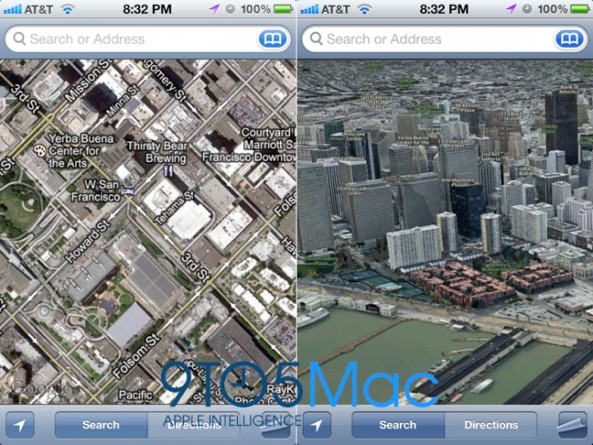 The author didn’t provide much in way of details concerning turn-by-turn navigation or traffic layers.

Signifying the application’s complete re-write is a new logo for iOS Maps: it is basically a redesigned version of the current iOS Maps icon with a view of Apple’s 1 Infinite Loop Campus, but redrawn with a new color scheme.

Apple has long been rumored to be working on own mapping service as the company has been seeking ways to reduce its dependency on the Google backend in iOS.

We know from before that Apple’s in-house mapping solution will be cutting-edge. The Cupertino company advertised multiple job postings on its official site that seem to back up this claim.

Google announced recently plans to charge high-volume users for access to its Maps APIs so this could be another important incentive to replace a Google Maps backend with an Apple Maps backend.

Uncharacteristically, Apple made as much as three important mapping-related acquisitions in past three years: Placebase maps service in 2009, followed by Poly9 in 2010 and C3 Technologies in 2011.

Venture-back C3 Technologies is especially interesting. The company provides a mind-blowing 3D mapping technology based on a spin-off of the aerospace and defense company Saab AB.

C3 also used to power Nokia Maps, although the Finnish cell phone company is now replacing the service with maps from Microsoft, based on their deal which put Windows Phone software on Nokia phones.

And another real-time 3D rendering of Hoover Dam.

According to C3 Technologies:

Based on declassified missile targeting technology from Swedish aerospace giant Saab, C3 maps can be rotated around because each individual pixel has depth information attached to it. 3D data is calculated directly from high-resolution aerial photography, based on the positions and angles of the cameras to give each pixel its geographical position with very high accuracy.

We should know more about Apple’s mapping strides next month, when the company is likely to take the wraps off of iOS 6 at its annual developers conference which runs this year from June 11-15 at San Francisco’s Moscone West Center.

Tim Cook said 2012 will be an incredible year for Apple.