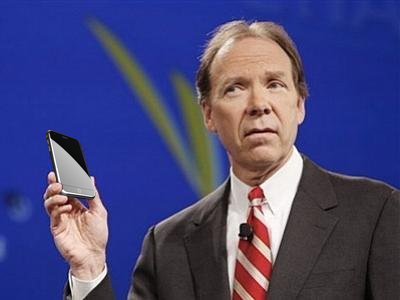 According to both The Wall Street Journal and Reuters, Sprint CEO Dan Hesse has agreed to a salary reduction that will see his paycheck reduce by a whopping $3.25 million in this year.

Shareholders weren’t too happy that a formula Sprint uses to calculate its CEO’s compensation fails to take into account high iPhone subsidy.

Hesse said his 2012 salary would be cut to repay about $346,000 in incentive pay that he has already received and forfeit additional amounts that he was eligible to receive under his 2011 and 2012 incentive plans.

According to Sprint’s first-quarter earnings, total subsidy costs climbed from $1.1 billion in Q1 2011 to $1.6 billion in Q1 2012. The company attributed the increase to the cost of doing business with Apple, writing in a press release:

These voluntary actions regarding my personal compensation, which total $3,250,830, will eliminate any benefit for me to the discretionary adjustment the compensation committee made earlier this year.

I love it how he’s trying to spin this as a ‘voluntary’ action which has only come as a result of shareholders crying foul.

Sprint was very well-aware that iPhone carries some of the heftiest subsidies in the industry said to be about $200 higher than other manufacturers. That said, Sprint knew perfectly well they would be betting the farm by coughing up an astounding $15.5 billion to get the iPhone.

And who could blame them?

Many carriers agree to Apple’s way of doing business because the iPhone is such an iconic device that attracts new customers and keeps subscriber churn low.

It’s a win-win for everyone involved.

Just during Q1 2012, Sprint activated 1.5 million iPhones, 44 percent of which were new customers. In fact, if it weren’t for  the iPhone, the nation’s third-largest carrier would have lost 400,000 customers in the quarter.

But don’t lose any sleep over Sprint CEO’s salary reduction.

Last year, Sprint upped Hesse’s pay by 31 percent to $11.9 million using the ‘flawed’ formula. With this $3.25 million hit, the CEO’s pay in 2012 drops to $8.65 million, which is about approximately half a million dollar less compared to where it stood at last year and back to 2010 levels.

I wouldn’t mind a pay cut if my salary was in the range of millions.

Did Hesse do the right thing or is this another case of too little, too late?