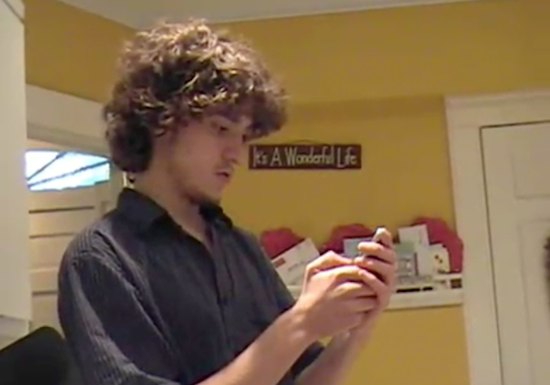 George “GeoHot” Hotz has been described as one of the most famous hackers of our generation. Most of us know him for his work in the jailbreak community, and his original iPhone unlock that launched him into the public eye.

But Hotz is much more than that. He’s a a former Facebook and Google alum, and a two-time finalist at Intel’s International Science and Engineering fair. And more recently, he’s the subject of a lengthy article in The New Yorker…

The 7-page report chronicles a number of GeoHot’s hacking achievements, from the first computer program he wrote at the age of 5, to his public legal battle with Sony following his hacking of the Playstation 3 video game console.

The piece even shines some light on Hotz’s personal life. Here’s one of the more entertaining excerpts:

“We were sitting in Hotz’s apartment, on the ground floor of a building near Stanford. Red Bull cans and take-out menus littered the kitchen. Plastic wrappings, scattered cash, and empty computer boxes covered the living room. On box was overturned and being used as a dining table. A blue air mattress sagged in a corner. Hotz tossed a wad of cash from his pocket to the ground and sat with his legs crossed on a desk chair before three giant computer monitors…

…Around the room, whiteboards were filled with scrawled notes and algorithms. One had a list labeled “Morning Routine”: “7:15 a.m., one snooze? … shower … floss/brush/wash … vitamins … dress nicely … water pants.” Another list, labelled “Uncomfortable Things,” included “Call Therapist” and “Join Gym and Use it.”

The entire article is pretty interesting, but it does contain a bit of bad news: if you’ve been hoping for GeoHot to make a triumphant return to the jailbreaking scene, don’t hold your breath. Hotz told The New Yorker that he’s “through with all that.”

You can read all of George Hotz, Sony, and the Anonymous Hacker Wars here.