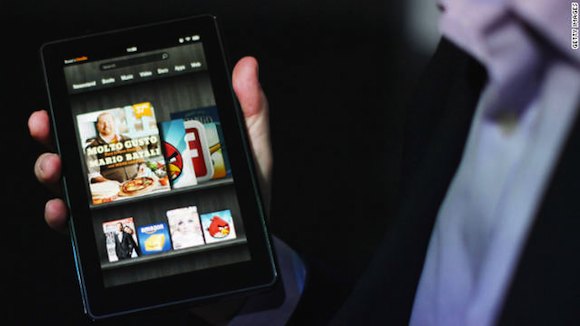 Still wondering why Apple would want to enter the budget tablet market with a 7.85-inch iPad? Perhaps this will help shine some light on the matter.

ComScore, a highly regarded research firm, is out with a new report today regarding the current landscape of Android tablets. And guess which slate is leading the pack? The $199 Amazon Kindle Fire…

In fact, Amazon’s not just leading the pack, it’s dominating it. According to ComScore, the Kindle Fire accounts for over half of the U.S. Android tablet market. 54% of it to be exact. And the closest tablet to it is Samsung’s Galaxy Tab family, at just 15.4%.

The kicker here is that the Kindle Fire isn’t even really an Android tablet. It runs a forked version of Google’s mobile operating system with a completely different user interface. And it comes with Amazon’s App Store preinstalled, not Google’s.

So what’s the big deal? Well it would seem that the Kindle Fire isn’t necessarily a success because it’s an Android tablet. No, it appears that consumers are buying the Fire because it’s a viable low-cost tablet option with a healthy ecosystem.

Now, imagine what kind of success Apple could have with a smaller, cheaper iPad. It certainly looks like there’s a market for one.